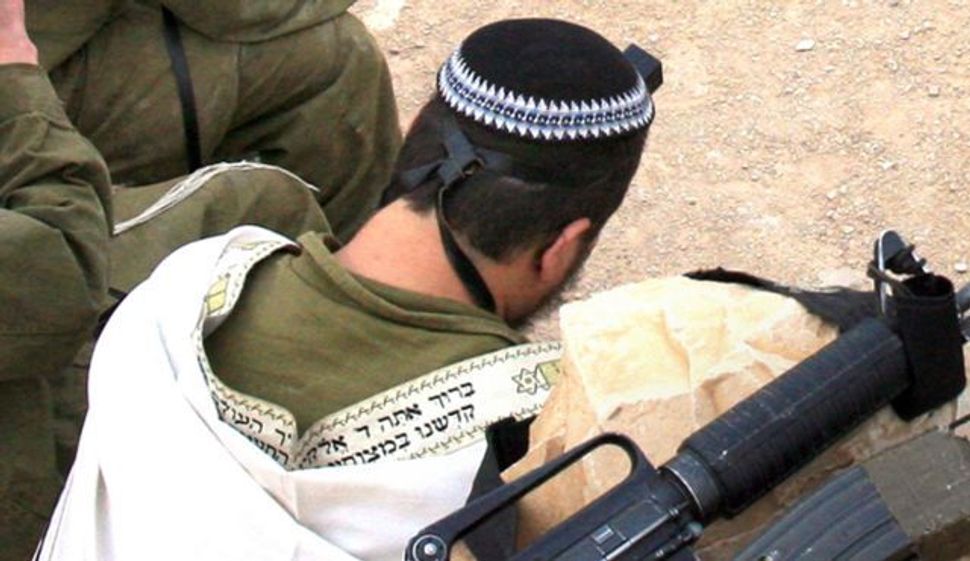 Image by Courtesy of Haaretz

The Israel Defense Forces has apologized for publishing a book of religious regulations that states non-Jews do not have equal rights in Israel.

The IDF issued the apology on Thursday in a letter to MK Zahava Gal-On (Meretz), and said it had halted distribution of the book, which claims that “the concept that non-Jews and Jews have equal rights in the state goes against the opinion of the Torah.”

The book was published by the IDF rabbinate and authorized by the IDF chief rabbi, Brig. Gen. Rafi Peretz. It deals with questions of keeping Jewish law (halakha) in the army and discusses regulations for affixing mezuzahs on IDF bases.

As part of the discussion, the book looks at the question of who owns state property – and whether non-Jewish citizens have as much claim to it as Jews.