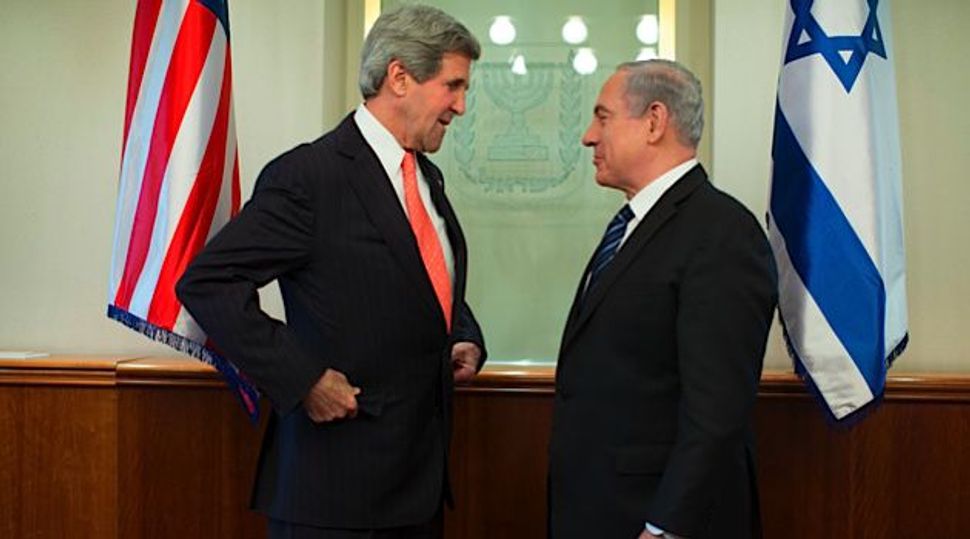 Israel’s prime minister said he would work with John Kerry to advance peace talks with the Palestinians, following a government official’s assertion that the ruling coalition opposes a two-state solution.

“(T)ogether we will try to advance a way to find an opening for negotiations with the Palestinians with the goal of reaching an agreement. This agreement will be based on a demilitarized Palestinian state that recognizes the Jewish state, and on solid security arrangements based on the IDF,” Netanyahu said Sunday at the start of the regular weekly Cabinet meeting.

U.S. Secretary of State John Kerry is scheduled to arrive in Israel later this week for his fifth visit to the region, in an attempt to revive stalled Israeli-Palestinian peace efforts.

Deputy Defense Minister Danny Danon on Sunday stuck by his statements, made first in an interview on June 5 with the Times of Israel news website, in which he said that the Likud Party and the governing coalition are opposed to a two-state solution and would block a vote on the creation of a Palestinian state.

Last week’s interview with the Times of Israel was Danon’s first since becoming Deputy Defense Minister.

He reiterated his statements on Sunday in an interview with Army Radio, saying: “Oy vey! Is it such a criminal offense to oppose a two-state solution?”

“There are factions within the government that say that if there should be progress toward establishing a Palestinian state, they would oppose it,” he said.

The government has distanced itself from Danon’s remarks.