What Israel Should Learn From Nelson Mandela 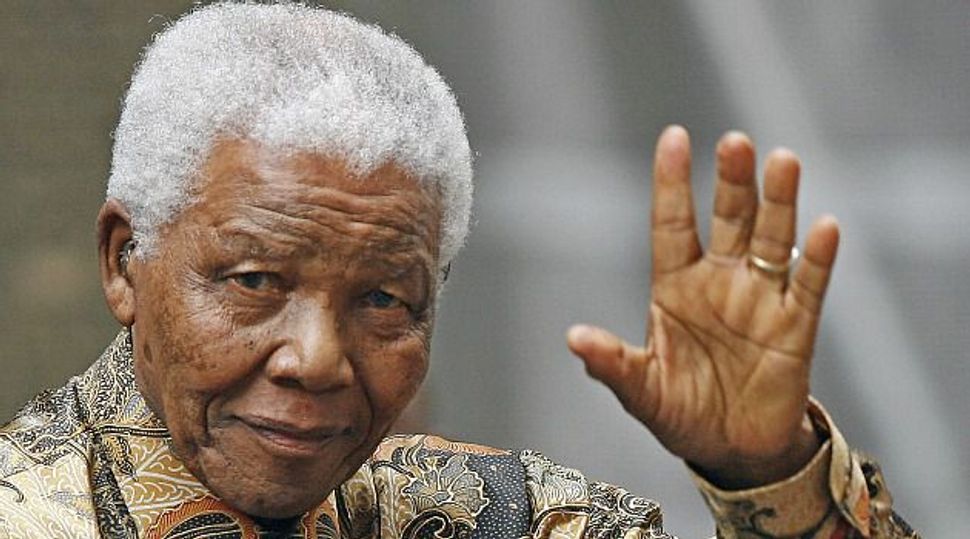 Compare Benjamin Netanyahu to Nelson Mandela, the world’s iconic peacemaker, who is now old and ailing in a Pretoria hospital. He is unable to help us with our predicament, though perhaps his legacy can. It occurred to me to examine whether Israel in 2013 can learn any lessons from Mandela’s extrication of South Africa from the chasm of 1994.

The first and clearest lesson one can learn from Mandela is that peace is only achievable if the putative peacemakers believe in it. “One cannot be prepared for something while secretly believing it will not happen,” Mandela once said. Does Israel’s current leadership truly believe in peace? Avigdor Lieberman and Naftali Bennett are on record as saying that they don’t. Netanyahu maintains that he does, though I can’t help looking for the fingers crossed behind his back whenever he says it.

Peace is both an abstract concept – “a winner is a dreamer who never gives up,” according to Mandela – and a very finite calculation of profit and loss. Peace means making compromises – and Mandela came perilously close to losing his base of support among South Africa’s blacks in compromising to the extent that he did. He was prepared to take significant risks in the interest of peace. Are Israel’s leaders prepared to do likewise?

Mandela was able to take risks and make compromises because he believed in what he was doing and he had a clear vision of the South Africa that could emerge.

When it comes to actual peacemaking, Mandela’s message is that it takes courage to make peace and “courage is not the absence of fear, but the triumph over it. The brave man is not he who does not feel afraid, but he who conquers that fear.”

What Israel Should Learn From Nelson Mandela