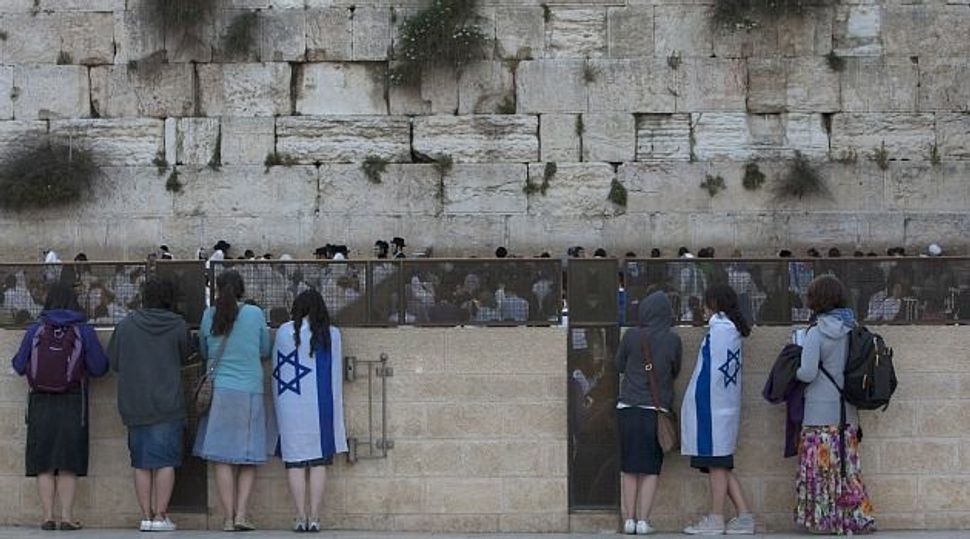 The Palestinian Authority objects to changing the configuration of the Temple Mount plaza in order to accommodate an egalitarian prayer area, a PA official said.

“Any change in the Temple Mount is unacceptable to the Palestinians or Arabs. It’s a change of our heritage site and I believe that such a change will push us toward a new conflict,” Mahmoud El Habash, PA Religious Affairs Minister, told Israeli reporters Thursday morning in Ramallah.

Under a plan proposed by the head of the Jewish Agency, Natan Sharansky, the Robinson’s Arch archeological site at the southern part of the Western Wall will be used as a permanent space for egalitarian prayer. Under the proposal, the Western Wall plaza would be expanded to encompass the additional prayer space. The two sections of the plaza, separated by the Mugrabi Bridge, would share a common entrance.

Sharansky was charged by Israeli Prime Minister Benjamin Netanyahu last year with finding a solution to mounting tensions over women’s prayer at the Western Wall. After three months of consultations with a wide spectrum of Israeli and American Jewish leaders, Sharansky unveiled the proposal to Jewish leaders in New York in April.

“Any changes in this situation will make the problem more difficult,” Habash said Thursday, according to the Jerusalem Post. “We don’t agree to any changes. It’s a Wakf place, and Islamic place and we have documents to prove it. You can pray how you want after the liberation of Palestine.”