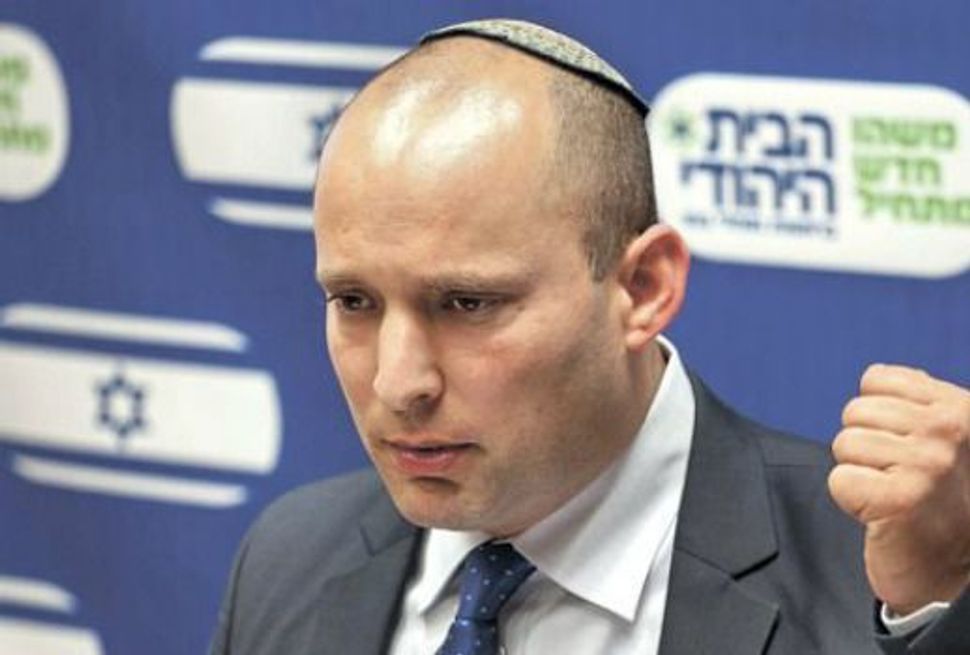 No Rights: Right-winger Naftali Bennett says Israel should forget about the two-state solution and act unilaterally in regard to the Palestinians. Image by haaretz

The idea of establishing a Palestinian state alongside Israel has reached a “dead end,” Economy Minister Naftali Bennett said on Monday, as the double-talk from the government regarding the conflict with the Palestinians continued.

“The attempt to establish a Palestinian state in our land has ended.” Bennett, a member of the government’s security cabinet, said at a conference held in Jerusalem by the settler Yesha Council. Bennett made his remarks while the U.S. Secretary of State John Kerry’s efforts to renew the peace process were underway.

Bennett emphasized that the establishment of a Palestinian state is a pointless issue and stated that the Palestinians have no right to self-determination or a state of their own between the Jordan River and the Mediterranean Sea.

“We need to move on from trying to persuade that a Palestinian state isn’t appropriate to behaving like this idea is behind us,” said Bennett. “Everyone who wanders around Judea and Samaria knows that what they say in the corridors of Annapolis and Oslo is detached from reality.”