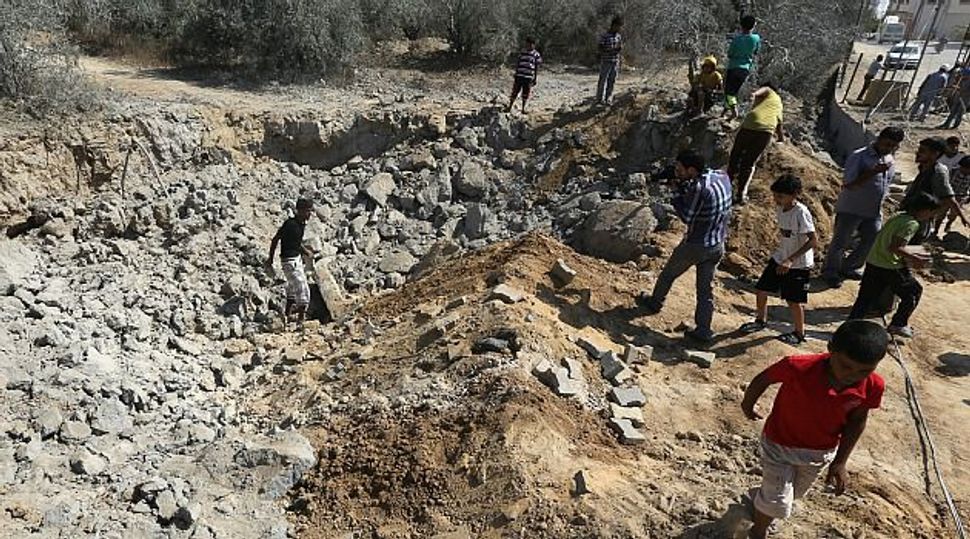 Israel carried out air strikes in the Gaza Strip on Monday in response to Palestinian militant rocket fire that broke weeks of relative calm along the frontier.

No casualties were reported in the incidents.

Israeli aircraft later struck targets in the Gaza Strip, including two weapons storage facilities, the military said, and Israel closed one its the crossings with the coastal territory, which is controlled by the Islamist movement Hamas.

In a separate incident, tires were slashed on 21 cars in the Arab neighborhood of Beit Hanina in East Jerusalem in what appeared to be another in a series of “Price Tag” attacks by suspected Jewish militants. Police opened an investigation.

The term refers to the price the militants say they will exact for Palestinian attacks or any Israeli government curbs on Jewish settlement in the occupied West Bank and East Jerusalem.

Both Israeli intelligence and the Palestinian media attributed last night’s rocket fire to Islamic Jihad. Apparently, the six rockets fired into southern Israel (two of which were intercepted by an Iron Dome system near Ashkelon) are Islamic Jihad’s way of settling the score with Hamas, after an Islamic Jihad activist was killed as he was being arrested by Hamas security personnel in Gaza.

Islamic Jihad does not believe Hamas’ claims that the activist either committed suicide, or was killed as a result of his own weapon misfiring. The turmoil continued at the activist’s funeral, as another Islamic Jihad member was injured after being run over by a Hamas vehicle.

In the past, Islamic Jihad has reacted to internal conflicts with Hamas by trying to increase tension with Israel along the Gaza border.

With Haaretz. For more go to Haaretz