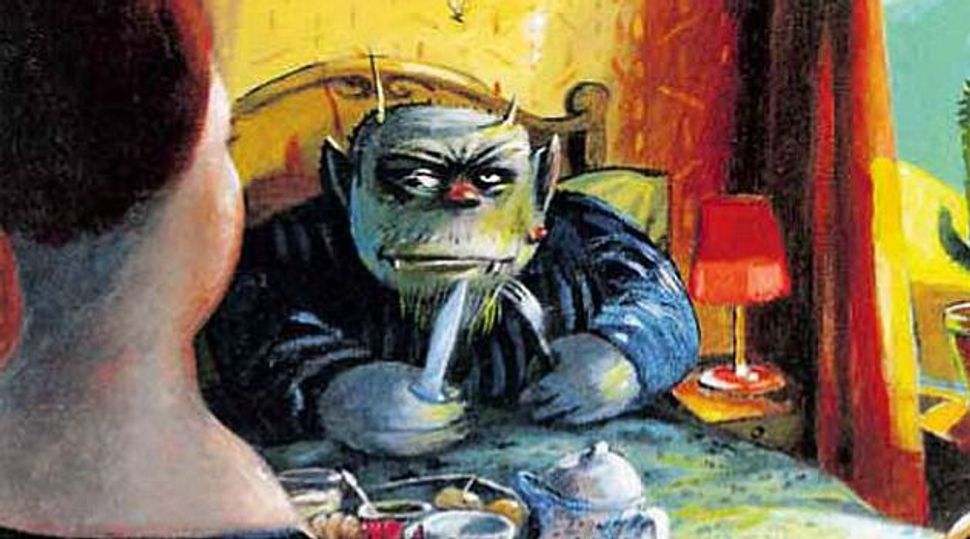 A cartoon purportedly showing Israel as a greedy “Moloch,” published in a major German daily, has set off a firestorm of protest, despite an apology by the newspaper.

Artist Ernst Kahl said he was shocked to learn that the Sueddeutsche Zeitung daily newspaper used his drawing of a greenish, horned monster being served breakfast in bed by a pale, plump maid – originally created for the German gourmet magazine “Der Feinschmecker” – to illustrate a review of two new books on Israel, according to German news reports.

Heiko Flottau’s review, with the headline “The Decline of Liberal Zionism,” dealt with American author Peter Beinart’s book, whose title in German translates to “The American Jews and Israel. What is going wrong,” and German TV journalist Werner Sonne’s book “Raison d’état? Germany’s Liability for Israel’s Security.” The article appeared in the prominent paper’s July 2 edition.

Under the lurid illustration, the caption reads, “Germany at your service. For decades, Israel has been provided with weapons, partly free of charge. Israel’s enemies consider the country to be a voracious Moloch. Peter Beinert regrets that it’s gotten this far.”

One day after the article came out, Editor Franziska Augstein issued a statement that “the publication of the illustration in this context was a mistake.”

Dieter Graumann, head of the Central Council of Jews in Germany, decried the use of the image. Likewise, Jewish columnist Henryk Broder, in his commentary in German daily newspaper Die Welt, compared the drawing to the infamous “Sturmer” caricatures published by rabid anti-Semite Julius Streicher during the Third Reich. The Simon Wiesenthal Center also has weighed in. Rabbi Abraham Cooper, associate dean of the Los Angeles – based organization, blasted the illustration in a comment to the Jerusalem Post.

Deidre Berger, head of the Germany office of American Jewish Committee, lodged a complaint with the German Press Council over the pairing of the article with the drawing, and Israel’s ambassador to Germany, Yakov Hadas-Handelsman protested in a letter to the paper’s editor in chief, Kurt Kister.

Meanwhile, artist Kahl told Germany’s main Jewish weekly, the ”Jüdische Allgemeine,” that his illustration for the gourmet magazine was among his drawings that had been available for use by the Sueddeutsche Zeitung. But he said he wished the Sueddeutsche editors had asked him before using it in this context. “I would have absolutely said ‘no,’” he told the Allgemeine.