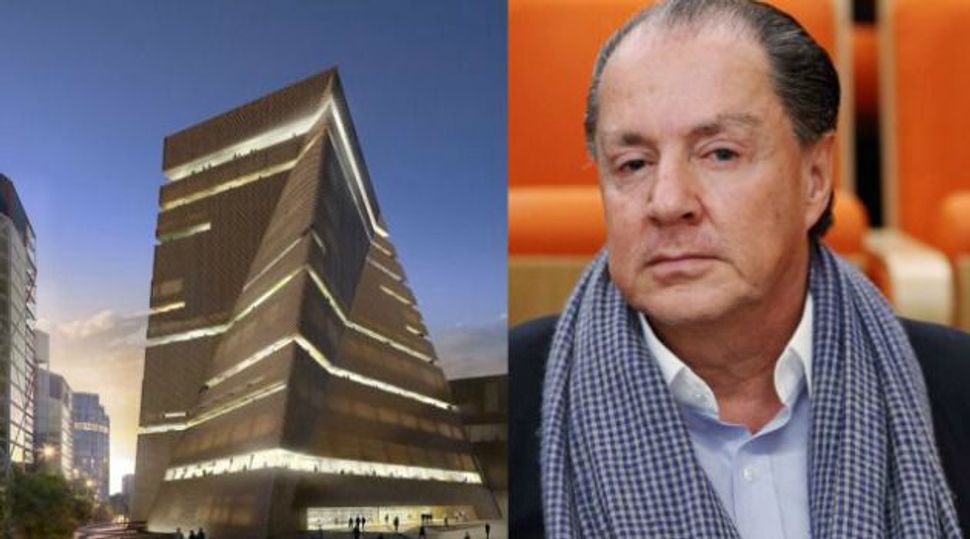 Jewish shipping magnate Eyal Ofer, who lives in Monaco, recently donated $17 millon toward the massive expansion project of the Tate Modern museum in London. In appreciation of his donation, the Tate Modern will name the three eastern galleries on the third floor after Ofer.

Sir Nicholas Serota, the director of the Tate Modern, said “It is exciting to see such outstanding philanthropy continuing from one generation to the next.”

Ofer said in response that for him it is a privilege to support the development project, which will enable the institution to enrich the experience and the access to modern art for a larger audience of visitors from the United Kingdom and beyond.

Ofer, 63, has divided the family business empire with his brother Idan since the death of their father, Sammy Ofer, in June 2011. As well as his involvement in shipping, Ofer also controls a real estate portfolio, Global Holdings. According to Forbes magazine last year, his wealth is estimated at $6 billion, putting him among the 200 wealthiest people in the world (no. 198 last year).

Slated to be concluded in 2015 or 2016, the development will expand the museum by 60 percent. The project is now 15 percent short of its total funding.