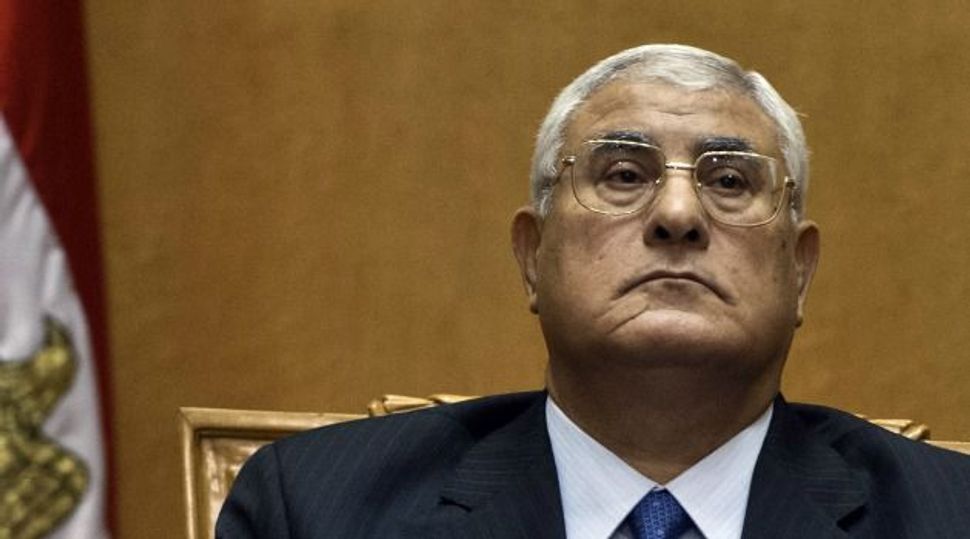 The article, which appeared Thursday on IkhwanOnline, has since been taken down, though a translation is still available online. It claimed that Adly Mansour, the judge named Egypt’s interim president following the removal of Mohamed Morsi from office by the military, is Jewish.

The article claimed that Mansour is in cahoots with Israel and the United States as part of an elaborate conspiracy theory.

It claims that Mansour is a member of the Seventh Day Adventist Christian church, which the piece identifies as a Jewish sect, for reasons that are unclear.