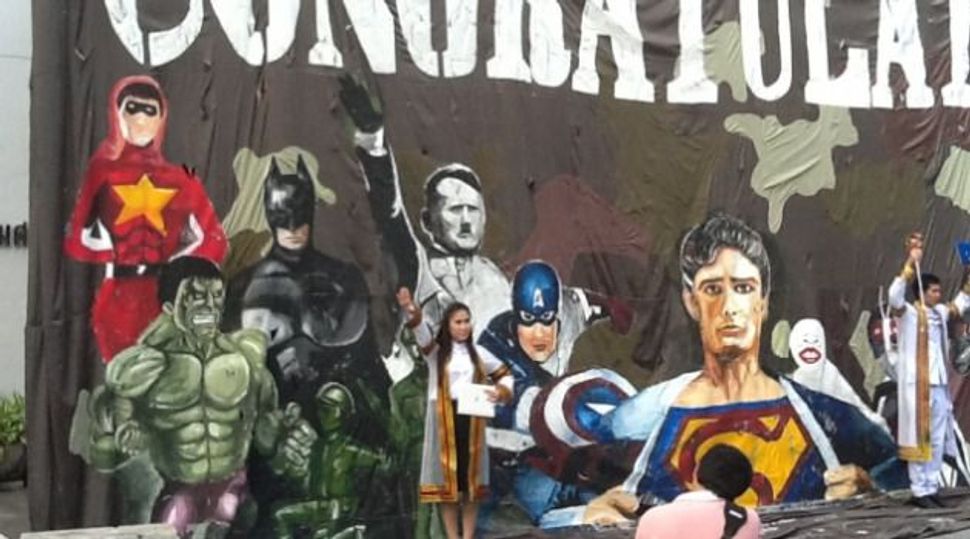 Chulalongkorn University, a prestigious institution in Thailand, issued an apology for a mural of Adolf Hitler painted outside one of its buildings.

The university apologized Monday in a statement following criticism of the mural painted outside its Faculty of Fine and Applied Arts building, The Associated Press reported.

The mural, which was meant to be a congratulatory billboard for graduates, depicted Hitler among comic book superheroes such as Superman, Batman and the Incredible Hulk. It was up for two days before being removed on Saturday.

“[We] would like to formally express our sincere apology for our students’ ‘Superhero’ mural,” art school dean Suppakorn Disatapundhu said in the statement, according to AP. “I can assure you we are taking this matter very seriously.”

Disatapundhu said he spoke with the students and they claimed their intention was misunderstood.

“The students only wanted to show through the mural that different superheroes are there to protect the world and that there are both good and evil people,” Disatapundhu explained, according to AP.

Hitler was painted gray, while the other superheroes are in color.

The Simon Wiesenthal Center expressed its outrage at the university’s choice of art. Rabbi Abraham Cooper, the center’s associate dean, wrote in a blog post on Tuesday that the center was “disgusted by this public display at Thailand’s leading school of higher education …”