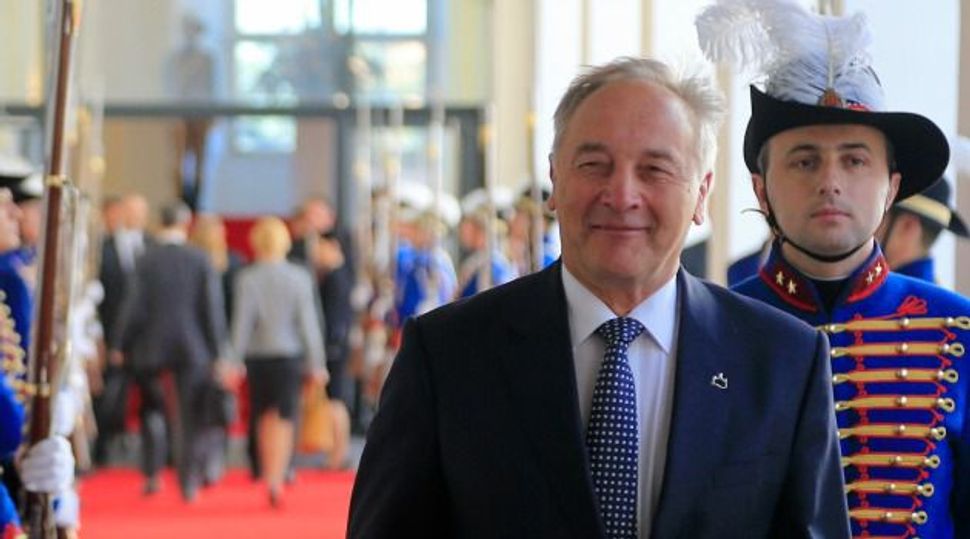 Baltic Blunder: Latvian President Andris Berzins may not attend a Holocaust commemoration event with visiting Israeli President Shimon Peres, out of fear of taking responsibility for the killing of Jews by Nazi collaborators. Image by getty images

Latvian President Andris Berzins has yet to confirm his participation in a memorial ceremony for Jewish Holocaust victims during President Shimon Peres’ visit to Latvia next week. Senior officials in Jerusalem say they believe Berzins does not want to appear to be taking responsibility for acts committed by the Nazis together with local collaborators.

Peres, who is to visit both Latvia and Lithuania, will go to the Rumbula Forest, where 24,000 Jews from Riga were murdered in November-December 1941. A thousand German Jews, who had been transported by train to pits dug at the site, were also killed.

The massacre was perpetrated by the Einsatzgruppen units of the SS, assisted by Latvian police and the Arajs Kommando − Latvian volunteers who answered to the Nazi Sicherheitsdienst ‏(the SD‏) and conducted a number of pogroms and massacres of Jews and Nazis.

Aides to Berzins told the Israeli embassy that he will not be able to accompany Peres to the ceremony. A senior Israeli official said: “They told us he was going on vacation the day after Peres’ visit to Latvia is over and he has a lot to do before, including a cabinet meeting.”