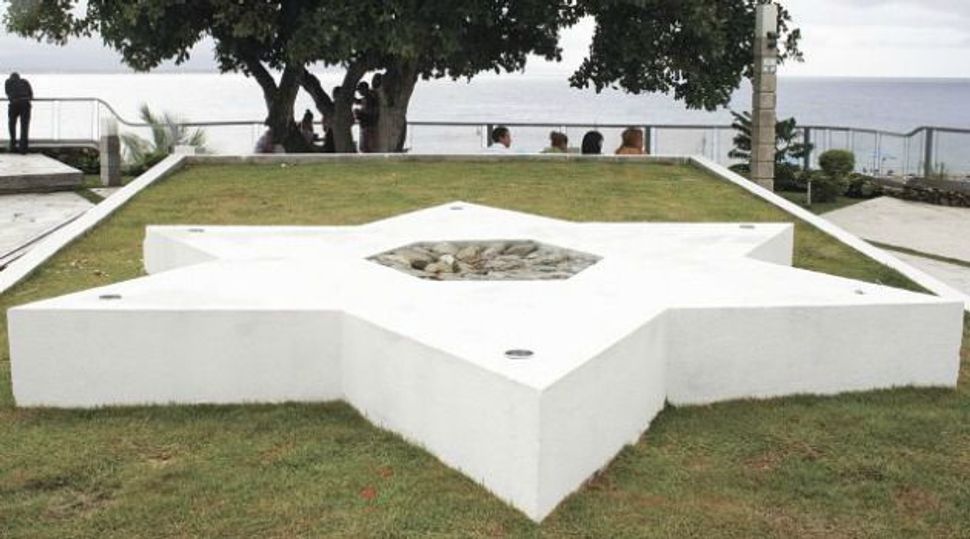 Place of Hope: A monument in Sosua, Dominican Republic, pays tribute to those who fled the Nazis to settle in Caribbean beach town. Image by haaretz

On the northern shore of the Dominican Republic lies the beachfront town of Sosúa, known for over 70 years as “Tropical Zion.” It is a typically Caribbean town, with an atypical history that includes a chapter as a haven for Jewish refugees. Hot and humid all year round, with daily downpours, Sosúa boasts a pretty beach, lined with coconut palms, colorful ramshackle houses and colorful residents.

It is home to some 50,000 people of 30 nationalities. In the 1980s the town turned into a tourist destination, drawing visitors from all over the world. There are quite a few similar locations along the shores of the Dominican Republic, but none have the surprising Jewish history of Sosúa.

Its story has received a lot of attention lately, mainly thanks to Ilana Neumann de Azar, who has served as the mayor of the town since 2010. Neumann is a cheerful and pleasant woman in her forties. Her mother was Dominican; her grandfather was a Jew who lived in Sosúa for decades. Her father immigrated to Israel, but returned to the town of his birth in 1961.

The story begins in 1938, with the Evian Conference in France. The international gathering was convened at the initiative of U.S. President Franklin D. Roosevelt in order to find a solution for the increasing numbers of Jewish refugees fleeing Europe in the wake of the Nazi ascent.

Of the 32 nations attending the conference, only one – the Dominican Republic – agreed to offer sanctuary to 100,000 Jews on the Caribbean island, east of Cuba.