Who Are the 104 Prisoners Set To Be Released as Part of the Peace Deal? 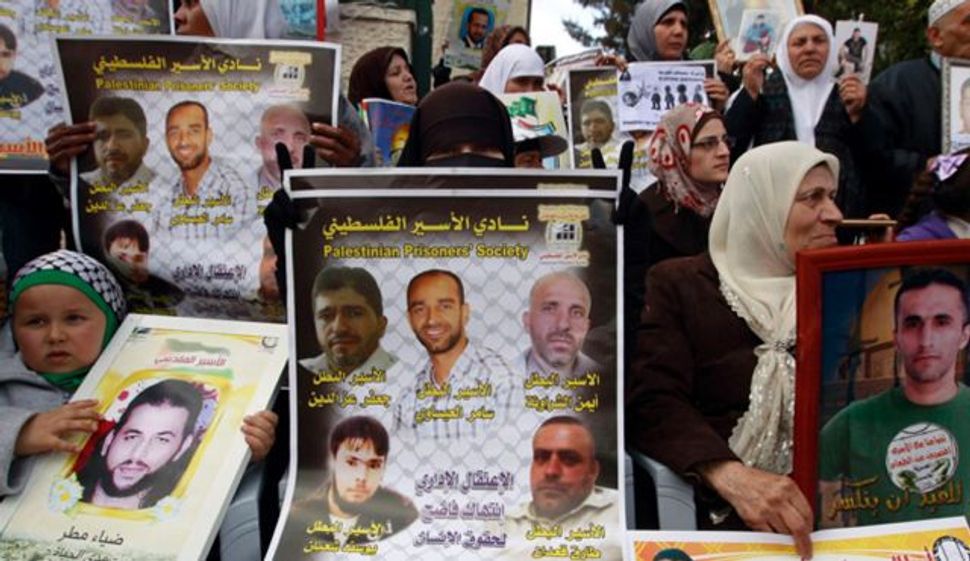 The 104 prisoners that will be be released from Israeli prison in accordance with Sunday’s cabinet decision, were responsible, all told, for the deaths of 55 civilians, 15 soldiers, one female tourist and dozens of Palestinians suspected of collaborating with Israel.

Of the prisoners, whose names appear in a list published by the Palestinian Prisoner Society, 25 are from the Gaza Strip, and will be returned there, 55 are from various cities and villages in the West Bank, 10 are residents of East Jerusalem, and 14 are Israeli citizens.

The list of prisoners the Palestinians submitted to U.S. Secretary of State John Kerry does not include all prisoners from the pre-Oslo era: Palestinian Authority and PLO representatives intentionally omitted all prisoners convicted of killing Israelis for criminal, non-nationalistic motives.

The Palestinian Prisoner Society’s chairman, Qadura Fares, said that in most cases, the prisoners were part of cells comprising several activists, that were involved in killing or wounding a soldier, settler or civilian. Only in a few cases did said cells kill multiple Israelis.

Who Are the 104 Prisoners Set To Be Released as Part of the Peace Deal?