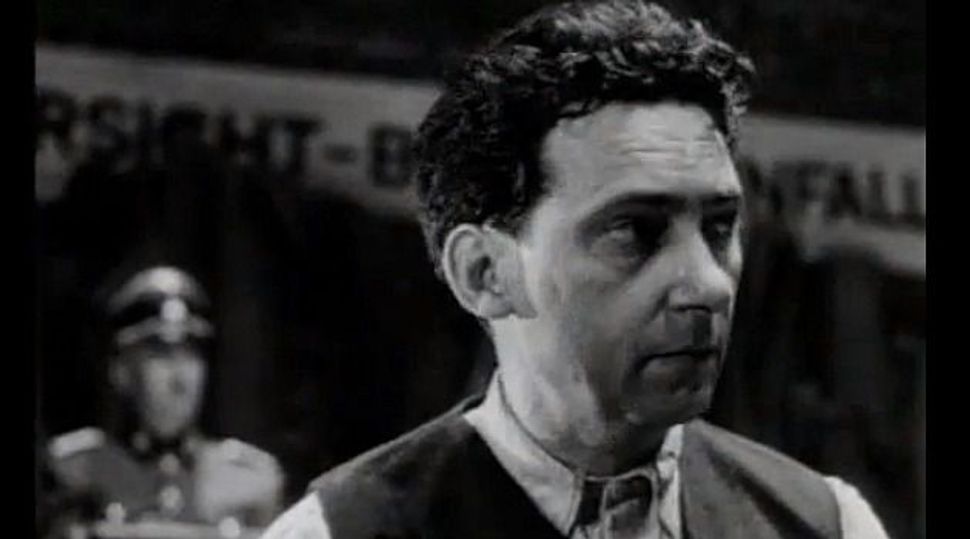 The lot, offered by RR Auction, will also include a letters in which Schindler negotiated to keep open his factory in Krakau, Poland, even after Amon Goeth, the head of the nearby Plaszow concentration camp, ordered the closure of all factories not directly involved in the war effort.

A one-page letter signed by Schindler sent from his enamelware factory in Krakow, Poland, where he employed more than 1,000 Jewish workers from a nearby Nazi concentration camp, will also be among the items for sale, Bobby Livingston, vice president at RR Auction, said on Wednesday.

The letter, written in German and dated Aug. 22, 1944, was sent on behalf of one of Schindler’s employees, Adam Dziedzic, who had “received a clearings contract for unloading and assembling war-necessary machinery and has been sent to Sudetengau.”

Schindler had been tipped off in the summer of 1944 that the Nazis planned to close factories unrelated to the war effort. Through bribery and personal connections, he got permission to produce arms and move the factory and its workers to Brunnlitz, in Sudetenland, or Sudetengau, in what is now Czech Republic.

“This is the first document I have seen verifying this move and it is quite important because I thought it took him much longer to get such permission,” said David M. Crowe, a Holocaust historian and author. “Most importantly, if Oskar had not gotten such permission, there would have been no Schindler’s List.”

“We’ve never seen a war-dated Schindler document,” said Livingston. “It’s exceptionally rare, and something of this importance we just never get.”

As of Wednesday afternoon, online bids had reached nearly $21,000. Last month, a seller unsuccessfully listed for auction a reported original copy of Schindler’s list, with bidding beginning at $3 million.