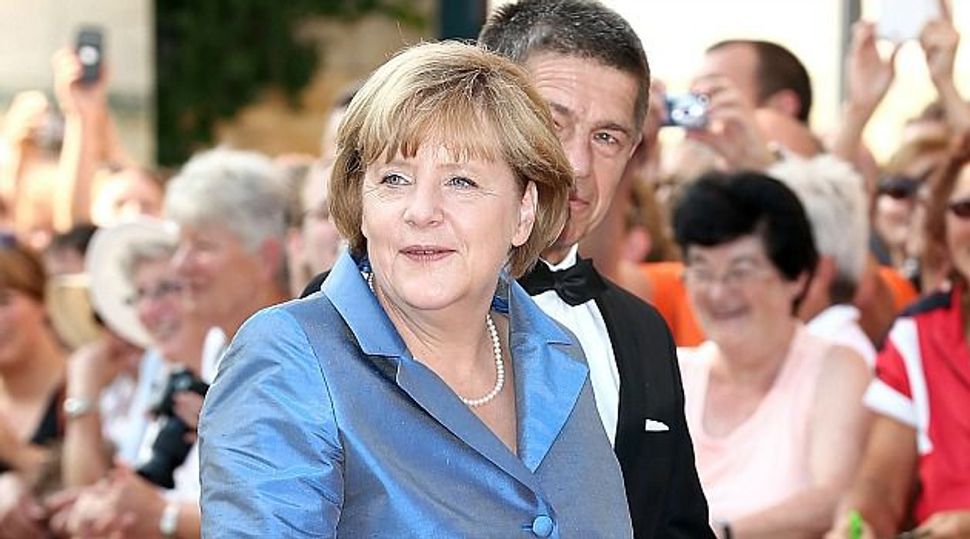 Shoah Bond: German Chancellor Angela Merkel says Germany will always have a ?special relationship? with Israel because of the Holocaust. Image by getty images

Germany will never be neutral when it comes to Israel, Chancellor Angela Merkel told a Jewish newspaper.

“The heinous crime committed by Germany against the Jews, the betrayal of all civilized values that was the Shoah, will always be present and we can shape the future of the resulting special relationship between Germany and Israel in awareness of that,” Merkel said in an interview published in the most recent issue of Jewish Voice from Germany.

“That means that we’ll never be neutral and that Israel can be sure of our support when it comes to ensuring its security,” she said. “That’s why I also said that Germany’s support for Israel’s security is part of our national ethos, our raison d’être.”

In the interview Merkel, who is believed likely to win her third term as chancellor next month, repeated her past criticisms of Israel’s settlement policies, but also blasted anti-Zionism.

Germany has for years been Israel’s lead advocate in the European Union, which is Israel’s largest trade partner.

In recent weeks, Israel and the European Union have tussled over a new EU policy of not directing its grants or prizes to Israeli enterprises in the West Bank, eastern Jerusalem and the Golan Heights.