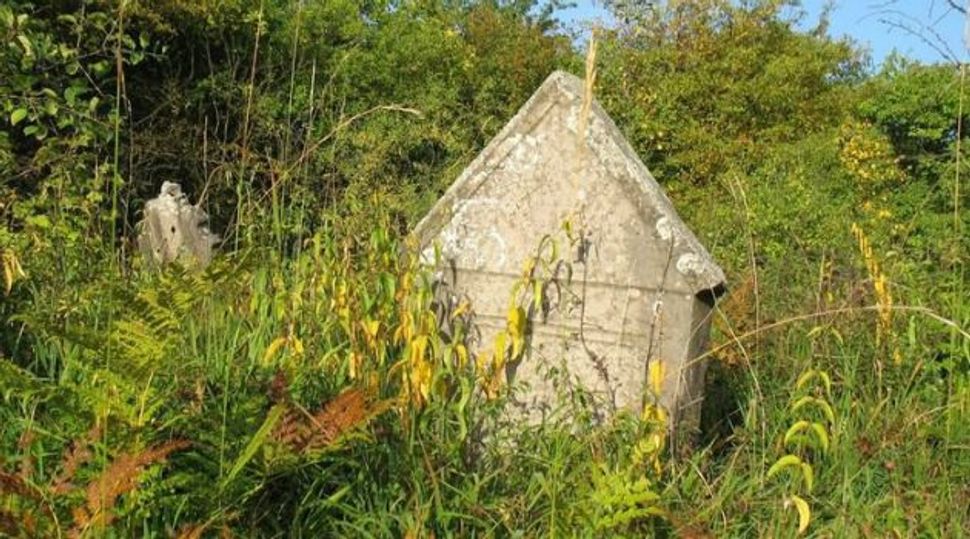 Overgrown: This neglected Jewish cemetery in the Polish town of Checiny was used for a racy photo shoot. Image by courtesy of sztetl.com

Polish photographer Lukasz Szczygielski has apologized for conducting a photo shoot with a half-naked model at the Jewish cemetery in the southern Polish town of Checiny.

“This is not the appropriate form of drawing attention to Jewish cemeteries. I would prefer that this man rather clean up the cemetery rather than doing naked session there,” Krzysztof Bielawski of the Museum of the History of Polish Jews told local television station TVP Kielce.

“If it offended anyone I deeply apologize. This was not the intention of the session,” Szczygielski told TVP Kielce.

“One can draw attention to the Jewish cemetery in a number of other, far less shocking, ways,” Piotr Kadlcik, president of The Union of Jewish Religious Communities in Poland, told the Gazeta Wyborcza newspaper.

The Jewish cemetery in Checiny was opened in the 17th century. There are about one hundred and fifty tombstones in the cemetery.