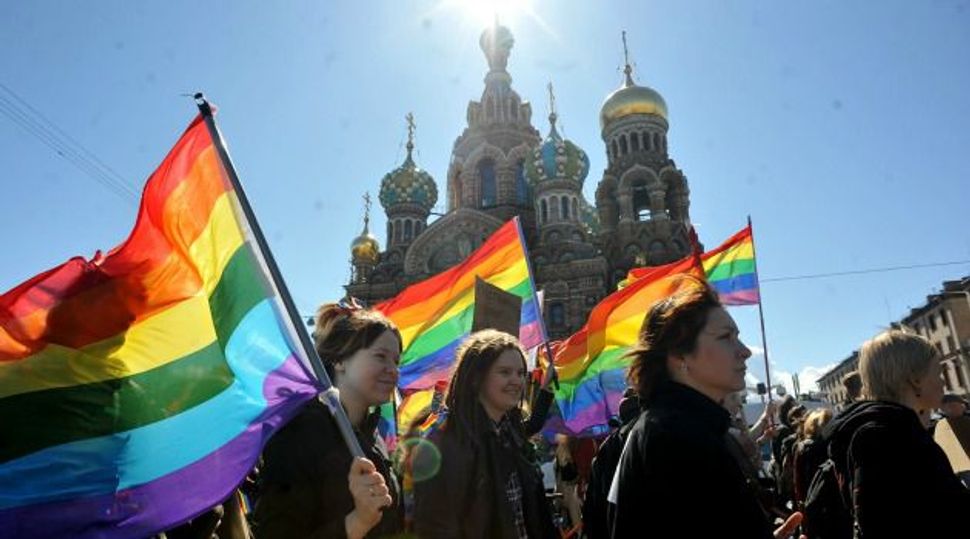 Reporter James Kirchick’s appearance on a Russian TV channel was cut short Wednesday, when instead of answering a question on Bradley Manning and Wikileaks, he spoke about Russia’s anti-gay legislation, The Washington Free Beacon website has reported.

“Being here on a Kremlin-funded propaganda network, I’m going to wear my gay pride suspenders and speak out against the horrific, anti-gay legislation that Vladimir Putin has signed into law,” the website cited Kirchik as saying.

Kirchick, a columnist with Haaretz, was appearing on the channel RT, which is funded by the Russian government. Russia recently passed a sweeping law banning public discussion of gay rights and gay relationships in front of children.

As the U.S. reporter carried on talking about Russia’s anti-gay laws and the Kremlin’s financial support of the channel, one of the hosts told Kirchik that he has to “come over here and see for yourself.”

Kirchik continued: “You have 24 hours a day to lie about America, I am going to tell the truth with my two minutes.” Shortly after he said this, he dissappeared from the split-screen on the show, the website said.