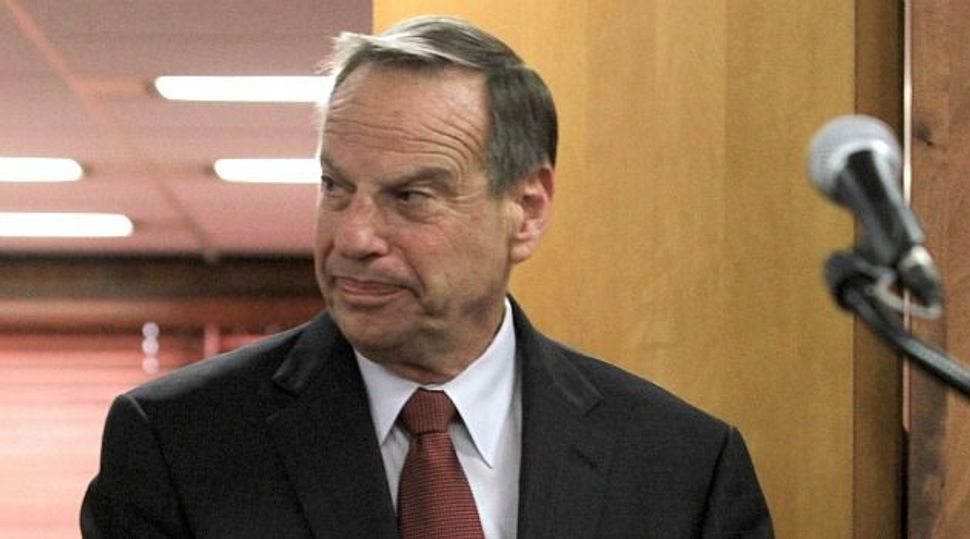 Embattled San Diego Mayor Bob Filner will resign from office as part of the proposed settlement he reached with city officials in the sexual harassment lawsuit brought against him by a former aide, the Los Angeles Times and other media reported on Thursday.

City Attorney Jan Goldsmith announced the deal late on Wednesday, capping three days of mediated negotiations between the city, Filner’s lawyers, and attorneys for the plaintiff in the case, his former press secretary, Irene McCormack Jackson.

However, Goldsmith said all parties to the accord had agreed to keep details of the proposed settlement strictly confidential until after it had been presented in closed session to the City Council on Friday.

Removal of Filner, who has been under pressure to resign as mayor of California’s second-largest city over a string of sexual harassment allegations, was widely reportedly to be on the table as part of a potential resolution in the talks, which were mediated by a retired federal judge.

Goldsmith and other principals in the talks declined to say whether the settlement reached would lead to his exit.

When asked Wednesday night whether the deal would require Filner to resign, however, a source close to an individual involved in the talks told Reuters, “I think it’s fair to say that looks like it’s in the cards.”

The Los Angeles Times, citing unnamed sources familiar with the negotiations, reported on Thursday that Filner would step down as part of the settlement. The local NBC television affiliate carried a similar report.

The Times also reported that the 70-year-old Democrat and former U.S. congressman was seen Wednesday night loading boxes into a sport utility vehicle parked outside City Hall and driven by a police officer who is part of his security detail, after bidding farewell to his staff and cleaning out his office.

A 43-second video posted to YouTube on Wednesday night shows Filner climbing into the passenger seat of his SUV outside City Hall, with several cardboard boxes visible as a member of his security detail gets in the back seat. The video was attributed to a staffer for City Councilman Scott Sherman.

Since Jackson filed her sexual harassment lawsuit on July 22, seventeen other women have come forward to publicly accuse Filner of groping or other making other unwanted advances toward them.

The torrent of allegations has led nearly ever elected San Diego official from both parties to call for Filner to step down, which he has so far refused to do.

Earlier this month he began behavior modification therapy at an undisclosed clinic to address what he has acknowledged was a pattern of disrespectful and intimidating treatment of women. His lawyers said he left the clinic after several days and was taking time off before resuming his full duties as mayor.