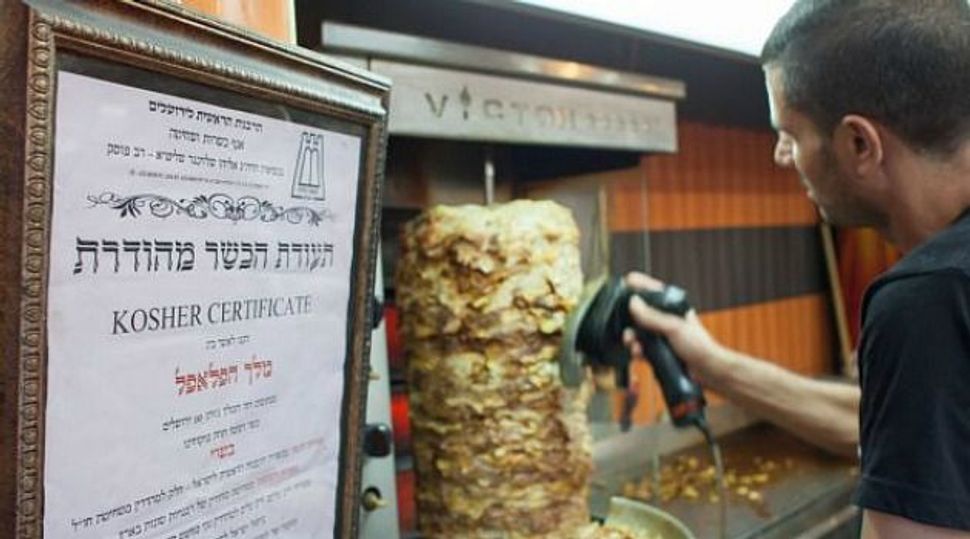 Kosher observant Jews who have yet to parse out the difference between regular and mehadrin kosher certificates, please pay close attention: A new class of kashrut certification has been conjured up in Jerusalem.

Called mehuderet, it’s meant to allow businesses following the stricter mehadrin supervision to save some money without losing customers.

But will this new level not further erode the regular kosher certification and increase divisions in the kashrut business, all under government auspices?

“Kashrut mehuderet is here to help businesses who conduct themselves as mehadrin, but still do not adhere to all mehadrin conditions,” said Rabbi Eliyahu Schlesinger, a kashrut adjudicator in Jerusalem. These businesses adhere to mehadrin standards in some aspects such as increased attention by kashrut supervisors, but not in others.

The new mehuderet certification, Schlesinger said, allows businesses to order meat to be delivered to Jerusalem from other cities such as Tiberias or Hadera, as long as the suppliers are mehadrin certified. For a mehadrin certificate, a Jerusalem business would have to use only meat slaughtered within Jerusalem, under the supervision of the Jerusalem Rabbinate.