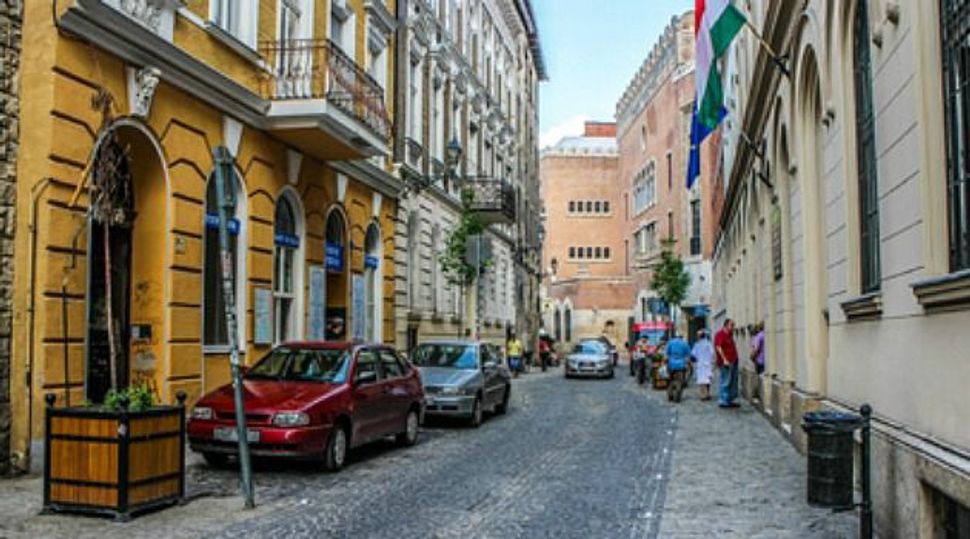 Amid fresh warnings of anti-Semitism in Hungary, some 100,000 Jews from across Europe are expected to attend Budapest’s largest-ever Jewish Summer Festival.

The week-long cultural festival, which opened Saturday, is being hosted for the 16th year running by the Federation of Hungarian Jewish Communities, or MAZSIHISZ, and co-organized by the Israeli Jewish Congress.

“Part of the reason for record-breaking attendance at this year’s Summer Jewish Festival is a large Israeli contingent which includes politicians; performers and high school pupils, who came to strengthen ties with Israel and at the same time show solidarity with Hungarian Jews’ fight against anti-Semitism,” said Arsen Ostrovsky, director of research for the Israeli-Jewish Congress, an Israeli non-profit established last year.

Among the Israelis are Meir Sheetrit, deputy speaker of the Knesset, and Yoel Razbozov, chair of the Knesset’s Diaspora Affairs Committee, as well as singers Ivri Lider and David D’or.

Last week, Mazsihisz raised the alarm about the apparent rise in anti-Semitic rhetoric observed in Hungary in recent years.

Mazsihisz said it was “shocked” at Hungarian supporters who, at a soccer match last week, held up a sign praising Laszlo Csatary, a war criminal who died on Aug. 10 at the age of 98 while awaiting his second trial for torturing and deporting thousands of Jews in present-day Slovakia.

Last year soccer fans in Budapest chanted about Auschwitz at a friendly match with an Israeli team. A few months later, a lawmaker for the ultranationalist Jobbik party said Hungarian Jews should be registered as a national risk.

On Sunday, the Centre for Monitoring and Combatting Anti-Semitism in Romania warned in a statement that Jobbik was “exporting extremism, racism, anti-Semitism and revisionist Magyar ideology to Romania.” Earlier this month Jobbik lawmaker Gabor Vona attended a youth festival for ethnic Hungarians in Romania, the watchdog group reported.