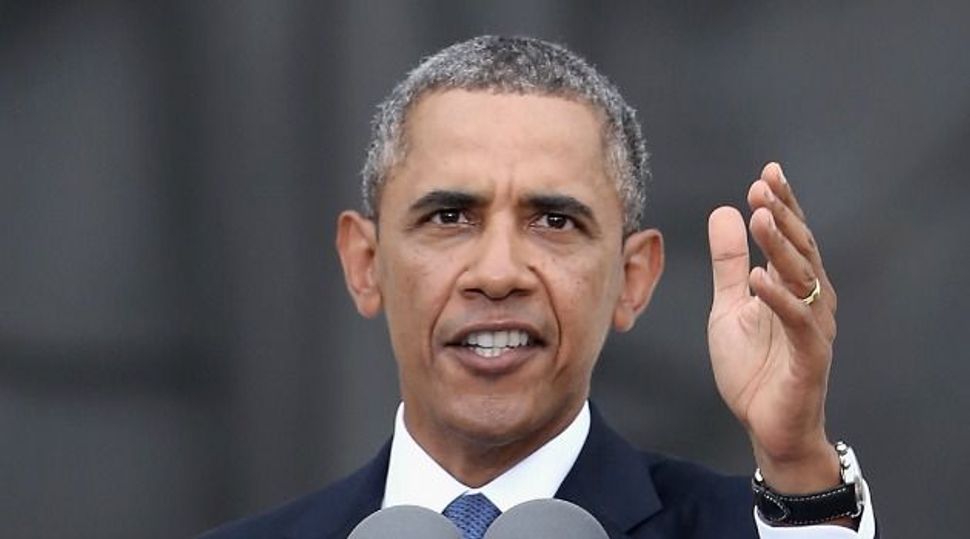 President Barack Obama is slated to visit the Great Synagogue of Stockholm during his visit to Sweden.

Obama, who will arrive in the Swedish capital Wednesday on the eve of Rosh Hashanah, is en route to the G20 summit in St. Petersburg, Russia, Svenska Dagbladet reported Thursday.

The U.S. embassy in Stockholm confirmed that the president will visit the synagogue and a memorial monument for Raoul Wallenberg, the Swedish diplomat who saved thousands of Hungarian Jews during the Holocaust.

On Wednesday, the Swedish minister for integration pledged an extra $9 million toward combatting intolerance in Sweden, with special emphasis on Islamophobia.

“We have given special focus to the Malmo area where have had problems with anti-Semitism, but [also] threats against Muslims in the same area,” Erik Ullenhag told Sveriges Radio. “In Sweden, like in many other countries, too many people have prejudice against Muslims. In the coming years we will focus on this issue,” he added.

Swedish police registered a record 60 hate crimes against Jews in the city last year and an average of 37 anti-Semitic hate crimes per year in the years 2009-2011, according to the Swedish National Council for Crime Prevention.

Fred Kahn, chairperson of Malmo’s community of 1,000 Jews, told JTA the majority of attacks were perpetrated by people “of Middle Eastern origins.” Swedish police also registered an average of 21 Islamophobic hate crimes per year in 2009-2011 in Malmo, a city of 300,000 residents where approximately 30 percent of the population is immigrants from Muslim countries.

In total, 190 anti-Semitic attacks were recorded in 2011 in Sweden, home to about 20,000 Jews, and 280 hate crimes against Muslims, who constitute five percent of the Swedish population, according to the U.S. State Department.