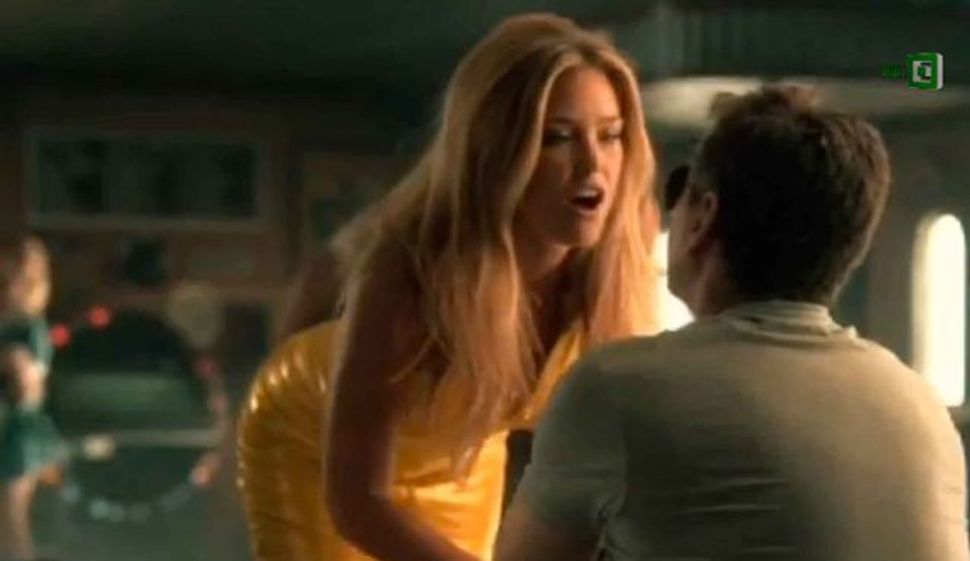 The clip, which aired on Sunday morning, depicts Refaeli driving up to Cowell in a sports car to introduce him to the judges on the Israeli version of the hit reality TV show. This version includes musicians Ivri Lider, Shiri Maimon, Rami Fortis, and Moshe Peretz.

Refaeli will be hosting the Israeli X-Factor, which will be making its debut after the High Holy Days.

Earlier this year, Reshet, one of the two companies running Israel’s Channel 2, announced that Refaeli had been picked as emcee of Israel’s version of “The X Factor.”