U.S. And Israel Carry Out a Joint Missile Test in the Mediterranean 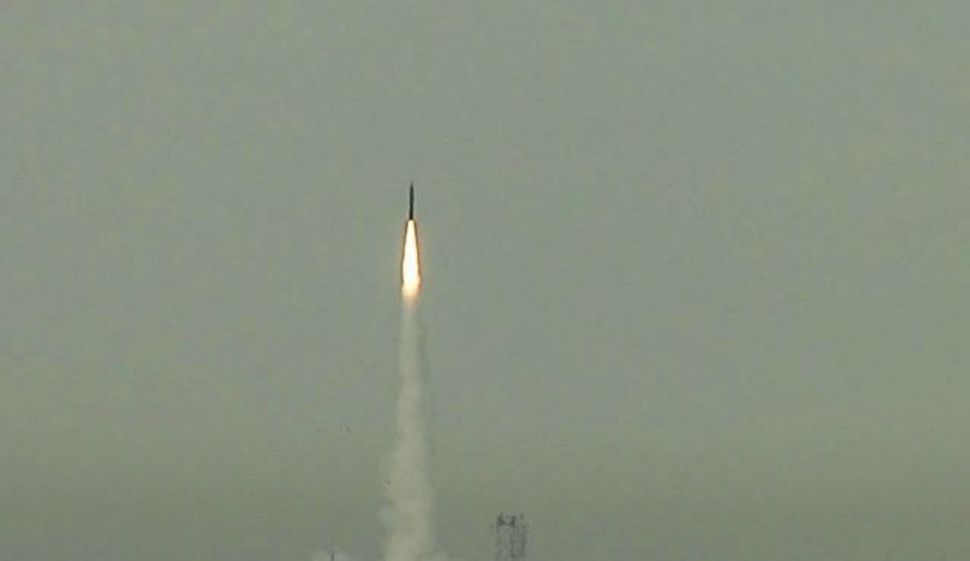 JERUSALEM/MOSCOW – Israel tested a U.S.-backed missile system in the Mediterranean on Tuesday but did not announce the launch in advance, prompting a disclosure by Russia that kept the world on edge as the United States weighed an attack on Syria.

The morning launch was first reported by Moscow media that quoted Russian defence officials as saying two ballistic “objects” had been fired eastward from the centre of the sea – roughly in the direction of Syria.

The news ruffled financial markets until Israel’s Defence Ministry said that it, along with a Pentagon team, had carried out a test-launch of a Sparrow missile. The Sparrow, which simulates the long-range missiles of Syria and Iran, is used for target practice by Israel’s U.S.-backed ballistic shield Arrow.

“Israel routinely fires missiles or drones off its shores to test its own ballistic defence capabilities,” a U.S. official said in Washington.

Western naval forces have been gathering in the Mediterranean and the Red Sea since President Bashar al-Assad was accused of carrying out an August 21 gas attack in his more than two-year-old conflict with rebels trying to topple him.

Damascus denies responsibility for the incident. U.S. President Barack Obama had been widely expected to order reprisal strikes on Syria last week but put them off to seek support from Washington lawmakers first.

With U.S. action on Syria delayed as Obama confers with Congress, Israeli Prime Minister Benjamin Netanyahu has sought to play up the Jewish state’s ability to deal with its foes alone. On Tuesday, the rightist premier spoke of anti-missile systems as a national “wall of iron”.

“These things give us the power to protect ourselves, and anyone who considers harming us would do best not to,” he said in a speech.

Israeli Defence Minister Moshe Yaalon shrugged off a question from reporters on whether the launch might have been ill-timed. He said Israel had to work to maintain its military edge and “this necessitates field trials and, accordingly, a successful trial was conducted to test our systems. And we will continue to develop and to research and to equip the IDF (Israel Defence Forces) with the best systems in the world.”

Arrow designer Uzi Rabin said tests of the anti-missile system are planned “long, long in advance” and generally go unnoticed. “What apparently made the difference today is the high state of tension over Syria and Russia’s unusual vigilance,” he told Reuters.

A Russian Defence Ministry spokesman quoted by the Interfax news agency said the launch was picked up by an early warning radar station at Armavir, near the Black Sea, which is designed to detect missiles from Europe and Iran.

RIA, another Russian news agency, later quoted a source in Syria’s “state structures” as saying the objects had fallen harmlessly into the sea.

Moscow is Assad’s big-power ally and has mobilised its own navy in the face of U.S. military preparations to punish the Syrian government for its alleged killing of more than 1,400 people in the chemical strike in an embattled Damascus suburb.

Russia opposes any outside military intervention in Syria’s civil war and says it suspects the gassings were staged by rebels seeking foreign involvement in the conflict.

Russian Defence Minister Sergei Shoigu informed President Vladimir Putin of the launch but it was not immediately clear how he reacted.

Brent crude oil extended gains to rise by more than $1 per barrel and Dubai’s share index fell after Russia said it detected the launches.

Five U.S. destroyers and an amphibious ship are in the Mediterranean, poised for possible strikes against Syria with cruise missiles – which are not ballistic. U.S. officials said the aircraft carrier USS Nimitz and four other ships in its strike group moved into the Red Sea on Monday.

“The pressure being applied by the United States causes particular concern,” Itar-Tass quoted Russian Defence Ministry official Oleg Dogayev as saying. He said “the dispatch of ships armed with cruise missiles toward Syria’s shores has a negative effect on the situation in the region”.

The United States sees its underwriting of the Arrow as a means of reassuring Israel and, by extension, of reducing the chance that its ally might launch unilateral attacks on Syria or Iran that could destabilise the wider region.

Netanyahu has reluctantly supported U.S.-led diplomatic efforts to curb Iran’s nuclear programme. He has been circumspect about the Western showdown with Syria, worrying that should Assad fall to Islamist-led rebels, they could prove more hostile to the Jewish state.

U.S. And Israel Carry Out a Joint Missile Test in the Mediterranean