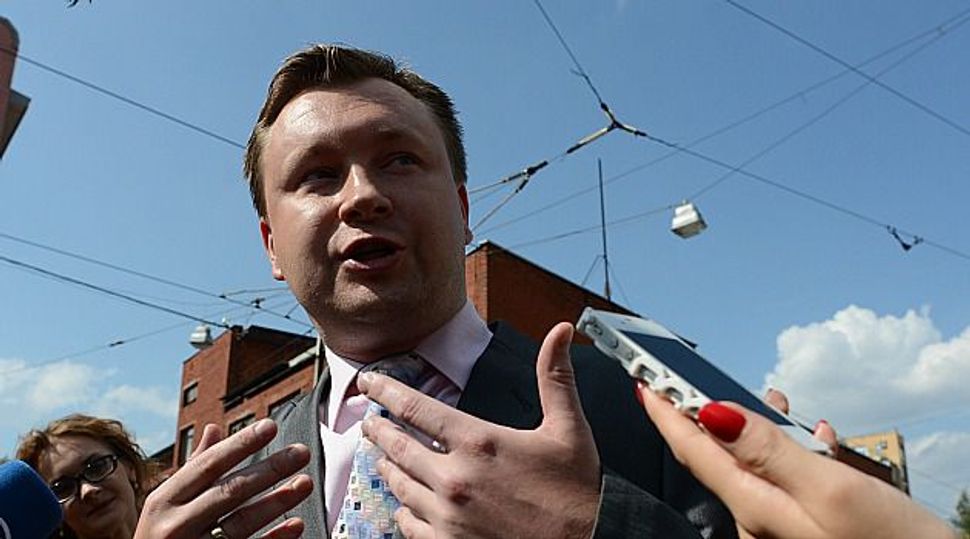 One of Russia’s most prominent gay rights activists made anti-Semitic statements on his Twitter and Facebook accounts.

The tweets appeared last week on Nikolai Alexeyev’s account in connection with an article about him in OUT Magazine. Alexeyev re-tweeted comments calling the author of the article, Michael Lucas, a “Jewish pig” and “Israeli monkey,” and calling OUT Magazine a “Jewish slut magazine that supports Jews and their filthy …. propaganda.”

In response to the comments, Human Rights First, an American nongovernmental organization, canceled a conference call featuring Alexeyev, prompting him to write on Twitter: “I [was] just denied to take part in a sham conference call with U.S. journalists tomorrow. Jewish lobby in U.S. worked well. U.S.A. is a totalitarian state with no freedom of speech! I have much more freedom here in Russia!”

The tweets caused several prominent gay rights activists to distance themselves from Alexeyev, 37, who has won several awards for his activism, including from GALHA, a British group affiliated with Amnesty International. He also has filed precedent-setting lawsuits for gay rights in Russia and elsewhere in Europe.

OUT magazine is a popular gay monthly publication in the United States.

Gay rights in Russia have attracted international attention in recent weeks after the Russian parliament passed a law in June prohibiting the dissemination of “propaganda of nontraditional sexual relations to minors.”