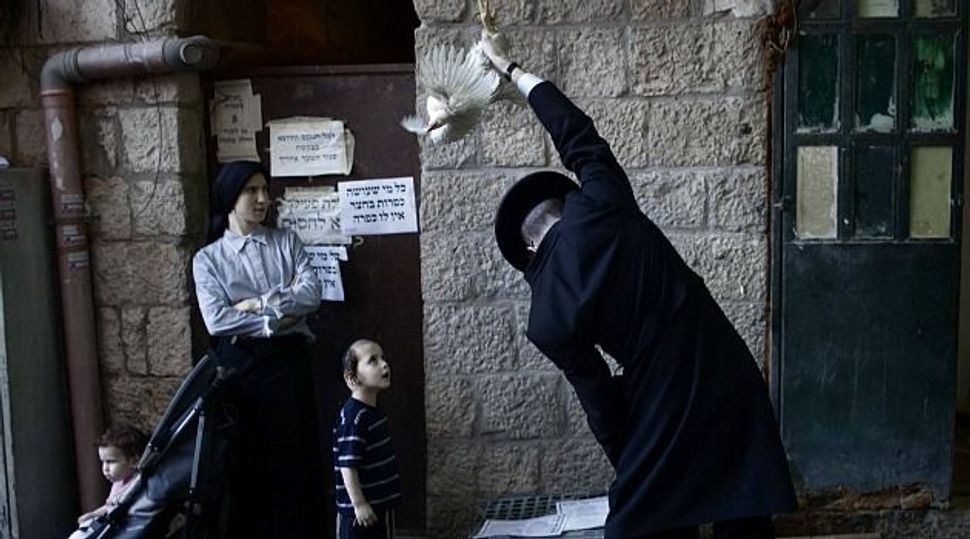 Lau in a letter addressed to ritual organizers and participants wrote that causing the chickens to suffer before and during kapparot would be a “mitzvah through a transgression,” which he said “was not the intention of the sages.”

“I would like to remind you of the holy duty all year round to prevent any animal suffering and unnecessary pain, to make sure that they are transported properly and treated appropriately,” the letter said.

The chickens often are crammed into small cages in the end-of-summer heat without food or water.

During the ritual, a chicken is lifted in the air and circled around the head of a penitent who recites a prayer to transfer the person’s sins to the chicken. The chicken is then slaughtered and given to charity.

The animal rights group Let the Animals Live recently appealed to Lau to address the issue. Animal rights groups receive complaints about kapparot every year and have urged penitents to substitute money for charity in place of the chicken.