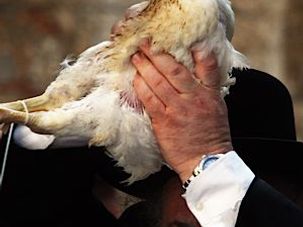 The Alliance to End Chickens as Kaporos argues in the lawsuit that the animals could spread dangerous pathogens in the air during the ritual.

Animal rights activists protesting the Jewish custom of swinging around a chicken were assaulted in the Israeli city of Hadera. 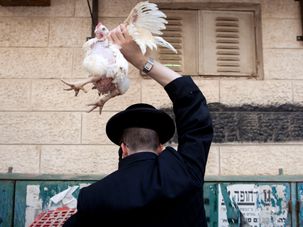 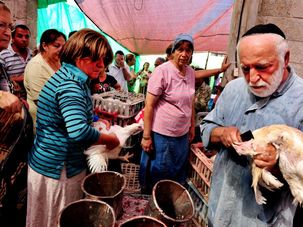 Traditional kapparot is a barbaric practice. Here, an Orthodox rabbi shares the history of opposition to the practice and ethical alternatives. 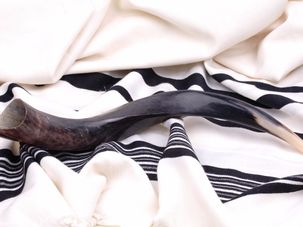 An animal-rights group sued a California Police Department for not enforcing animal cruelty laws by halting a pre-Yom Kippur ritual. 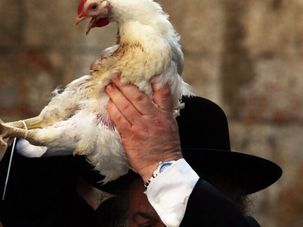 The chicken-slaughtering ritual was condemned by animal-rights groups and residents who live near synagogues, but is protected by the First Amendment.

Activists were opposed to the killing and discarding of chickens “solely for the purpose of a religious ritual.”