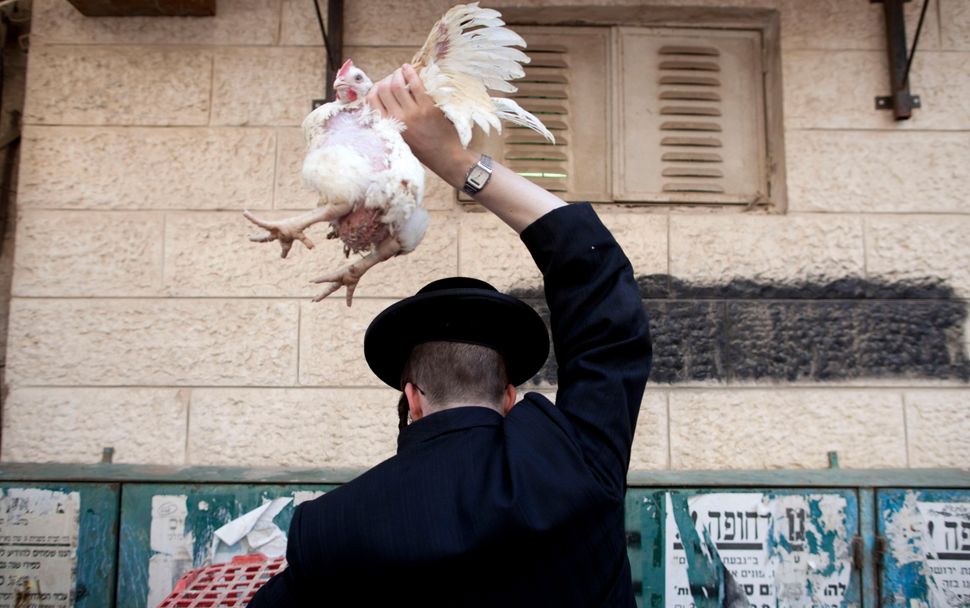 A video broadcast by New York’s ABC 7 channel shows chickens in cages that have died waiting to be used for kapparot, the ultra-Orthodox practice of swinging a chicken around your head to transfer your sins to it.

The broadcaster reporting the video noted that, although the word kapparot means “forgiveness” in Hebrew, “it is hard to forgive the images you’re about to see.”

The ritual, which which dates to at least the 7th century C.E., is a common occurrence in ultra-Orthodox sections of Brooklyn such as Borough Park and Midwood.

“We had a meeting in our community with the rabbis,” Assemblyman Dov Hikund told ABC 7. “All are on the same page. It’s gotta be done the right way, can’t cause situations where chickens are not being fed.”

Activists who oppose the practice have challenged the City of the New York and the city’s police and health departments. In June, an appellate court in Manhattan ruled that the ritual could continue.