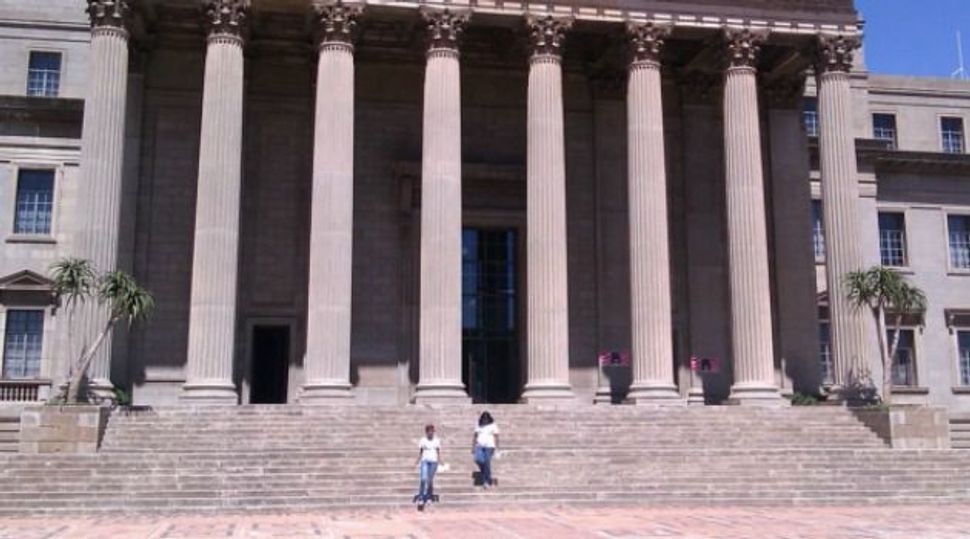 A proud bastion of anti-apartheid, the University of the Witwatersrand, found itself the target last week after the Johannesburg school hosted an Israeli jazz quartet – triggering a round of protests by anti-Israel activists.

During the era of apartheid, the 1960s to the 1980s, Wits University in Johannesburg seethed with protest. The school offered academic studies into apartheid. Anti-apartheid NGOs proliferated, run by students and faculty, many of them Jewish. Students mounted picket lines and police broke up demonstrations and made arrests.

Last Wednesday evening, Wits’ tradition took an ironic twist. Jewish erstwhile activists, now in their 60s and 70s, revisited their alma mater for a concert featuring Israeli saxophonist Daniel Zamir and his quartet in the Great Hall – the venue where they had attended anti-apartheid meetings – and found themselves walking through picket lines manned by demonstrators with white tape over their mouths. Placards condemned ‘apartheid Israel’, and accused the newly appointed Wits’ principal, Professor Adam Habib, of ‘silencing’ them.

Five months earlier, during “Israel Apartheid Week” on campus, the Israeli-born pianist Yossi Reshef had abandoned his concert at Wits after 15 minutes as BDS demonstrators stormed the hall. Reshef was escorted out by security. The university had apologized for the debacle and billed last week’s concert as a replacement for it, as proof of its impartiality.