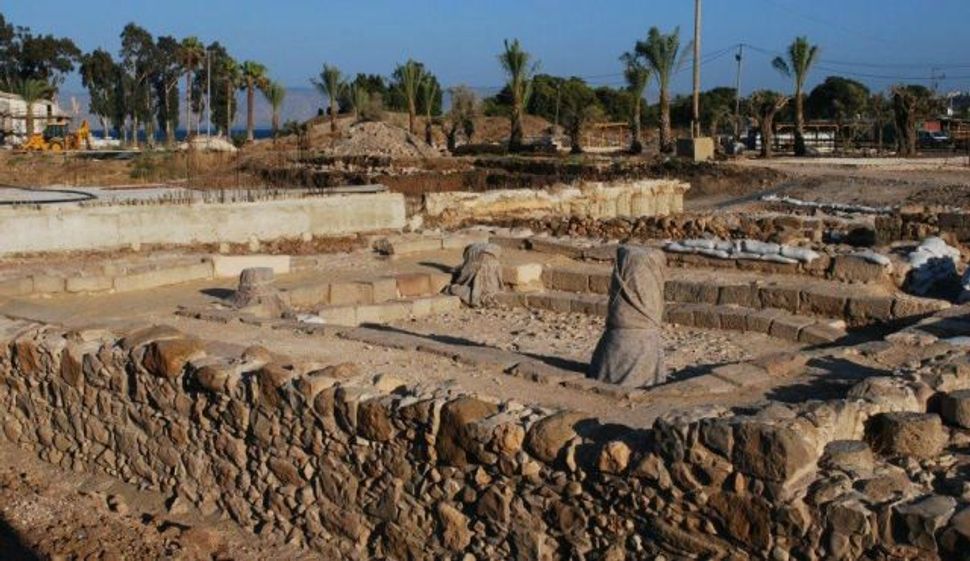 Magdala, a small town going back millennia, is most famous for its best-known citizen – Mary Magdalene. Yet recent findings by Israeli and other archaeologists have shed light on fascinating and little-known aspects of the town by the Sea of Galilee.

These are times in which Christians, led by the popes themselves, have been reconnecting with the Jewish roots of their faith – and from the digs at Magdala it seems they are just closing a circle. Findings at the town include an ancient 1st-century synagogue where it seems Jews and the earliest Judeo-Christians worshipped together, side by side.

Today is an era of female empowerment, creating new interest in the story of Mary herself, and in the town she came from. Magdala is a town whose time has come.

Magdala is situated on the northwestern shore of the Sea of Galilee at the foot of Mount Arbel. Many of the recent findings are firsts in archaeological excavations, in Israel and even worldwide.

The first unique feature of Magdala isn’t news. It’s that it was the only city along the shore of the Sea of Galilee (until Tiberias was founded in 19 C.E.) In 67 C.E. the town was besieged by the Romans under the command of General Titus himself, who defeated Magdala after a bloody sea battle.