Ancient Treasure Discovered in Jerusalem Sheds Light on Jewish Past 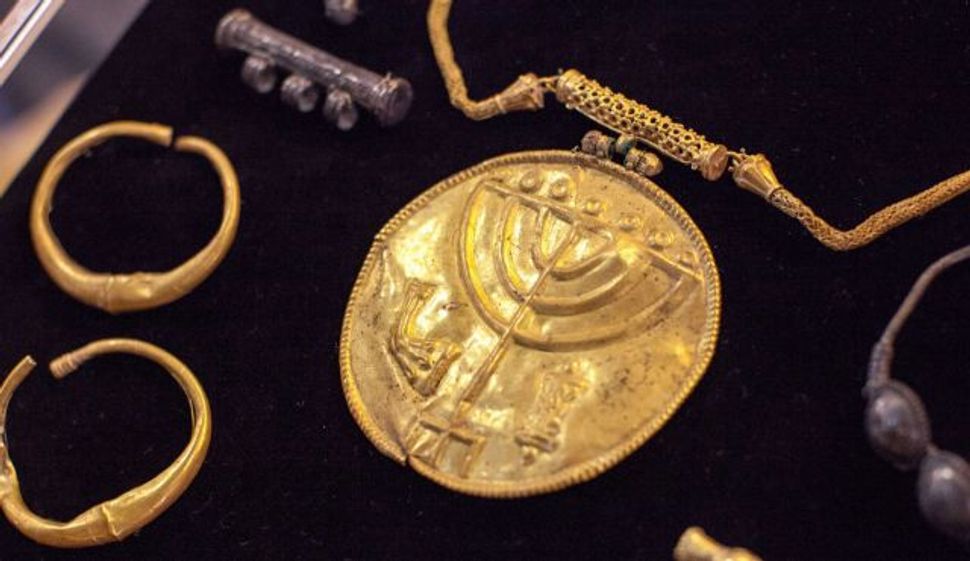 The recent discovery of a 1,400-year-old golden treasure trove which sheds new light on a relatively unknown period in the history of Jewish Jerusalem was announced Monday morning at the Hebrew University of Jerusalem.

The finding was made during an archeological excavation near the foot of Temple Mount in the Old City of Jerusalem, and is connected to the Jewish settlement during the short period of Persian rule over the city which occured in the early seventh century CE.

Mazar has been participating in excavations in the area known as the Ophel – a stretch of land between the Temple Mount and the City of David – for some 30 years. While the majority of her work pertains to the Biblical period, this summer’s excavation was dated to the late Byzantine period, which stretches between the fourth and seventh centuries.

Ancient Treasure Discovered in Jerusalem Sheds Light on Jewish Past