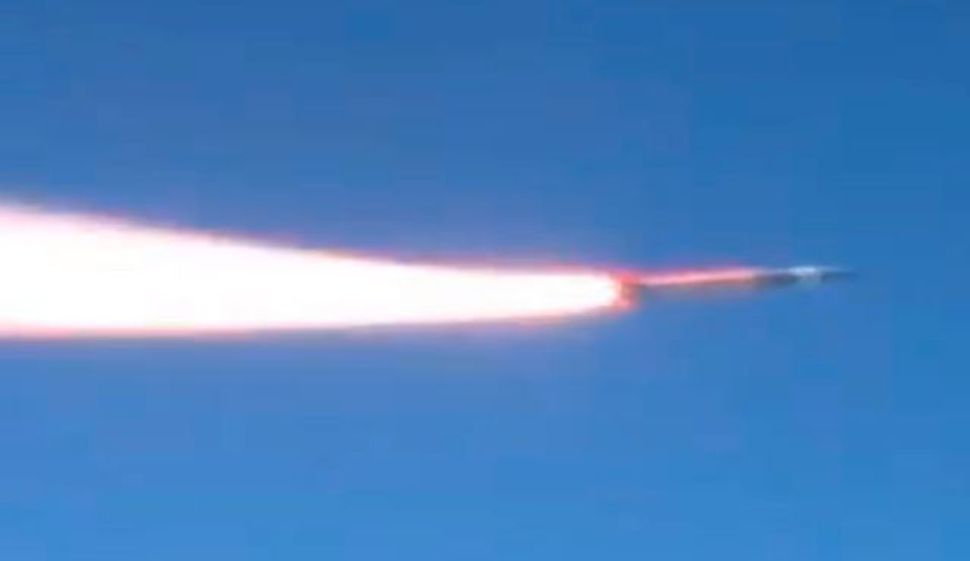 Russia’s defense ministry has reprimanded Israel’s military attache there over last week’s missile test in the eastern Mediterranean Sea, which was conducted as the U.S. was preparing for a possible military action against Syria.

Israel tested its anti-missile defense systems in coordination with the U.S last Tuesday, despite the rising tensions over the Syria crisis. It was Russia that discovered the missile test, which was carried out secretly. Two ballistic launches were spotted by a Russian radar station at Armavir, on the coast of the Black Sea. A few hours later, Israel confirmed it was responsible for the launching of two “sparrow” target missiles.

A day later, Russia’s Deputy Defense Minister Anatoly Antonov summoned Israel’s military attache to Moscow for a reprimand over the missile test. Antonov held a similar meeting with the American military attache in Moscow over the U.S.’ involvement in the test.

According to the Russian Defense Ministry, Antonov said during the meeting that at the present time, the waters of the Mediterranean Sea are not an appropriate place for missile testing. He was hinting at the tension surrounding the situation in Syria and the preparations for an American strike on that country. Antonov also said that there was a concentration of American military vessels in the Mediterranean — vessels armed with missiles capable of reaching Russian soil.

Antonov protested that the test had taken place with no advance warning to Russia from Israel or the United States. He said that according to agreements with the U.S. government, Russia was supposed to be notified in advance of any missile testing to prevent “miscalculation.” Antonov asked the military attache to convey a message to the Israeli army command that restraint was appropriate during this sensitive time and that measures that could affect global stability and security should be avoided.