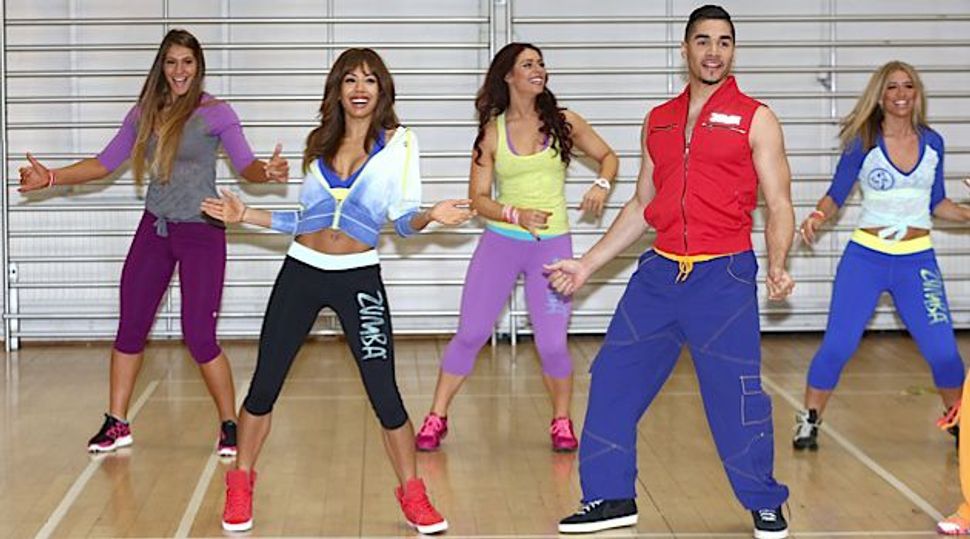 No Dancing: Haredi rabbis have outlawed women only exercise classes, saying that they conflict with a holy life. Image by Getty Images

Rabbis in an ultra-Orthodox settlement have come out publicly against the trendy Brazilian fitness dance known as Zumba.

A rabbinic panel in Beitar Illit ruled against Zumba classes, the Hebrew-language website Mako reported, even as it is practiced in this religious community – with a female instructor and all-female participants.

In the document issued by the Rabbinical Court of the Ashkenazi Community in Beitar and headlined “warning,” women are explicitly forbidden from running or taking Zumba classes, deemed indecent because they involve moving parts of the body.

“Recently our city has seen the opening of classes employing the South American ‘Zumba’ method,” it reads. “After having established that both in form and manner, the activity is entirely at odds with both the ways of the Torah and the holiness of Israel, as are the songs associated to it, I hereby announce that the organization and participation in such classes is forbidden.”

According to the report, the existence of the women’s Zumba classes in the city had infuriated extremist elements in the Haredi-dominated town, leading to the publishing of the warning. It quoted an angry resident of the town who accused the Zumba opponents of “wanting to turn our city into Afghanistan, and we won’t go along with it. The rabbis and judges can’t determine whether or not we participate in Zumba classes. I’m sick of them strangling us with these illogical halachic rulings.”