Hamas Struggles To Stay Afloat Amid Challenges from Syria, Egypt and Iran 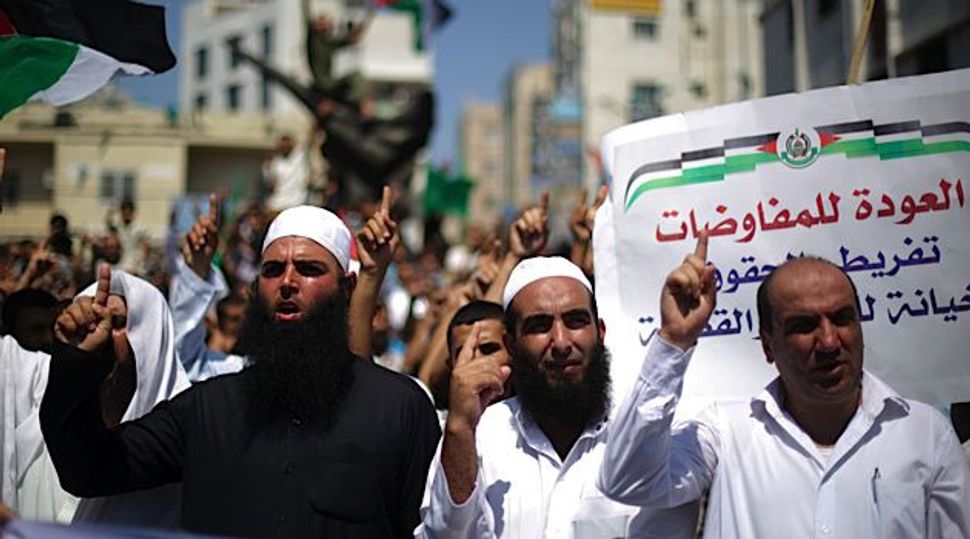 Challenges: Hamas?s grip on Gaza may be weakening as other regional developments in Egypt, Iran and Syria take place. Image by getty images

Hamas’ external leadership has instructed the movement’s leaders in Gaza to refrain from public expressions of support for the Muslim Brotherhood and cease all activities by its military wing in support of deposed Egyptian President Mohammed Morsi.

The instructions were contained in a strongly-worded letter from Moussa Abu Marzouk, deputy to Damascus-based leader Khaled Mashal, parts of which were posted on Palestinian websites. Abu Marzouk also called on Ismail Haniyeh, the head of Hamas in Gaza, to prevent declarations and demonstrations against the Egyptian army and the military coup in Egypt.

The background to Abu Marzouk’s unusual letter was Saturday’s demonstrations by military organizations in Gaza, during which the Egyptian army was criticized and support expressed for Muslim Brotherhood demonstrators in Rabaa Al-Adawiya square in Cairo. Incidentally, missing from these demonstrations were activists from the Popular Front organization, who claimed that Hamas activists had broken an agreement to refrain from calls supporting the Muslim Brothers.

Hamas Struggles To Stay Afloat Amid Challenges from Syria, Egypt and Iran