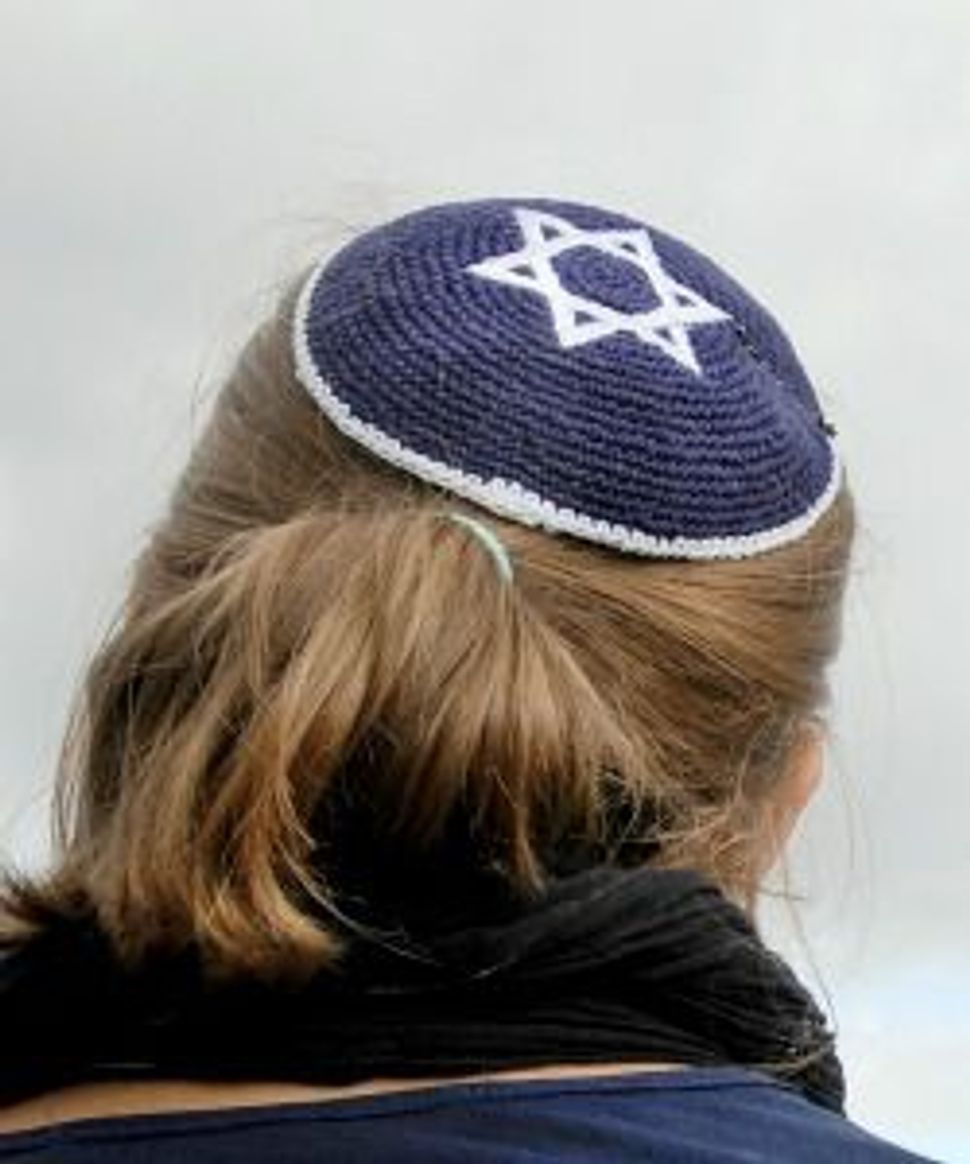 Quebec’s separatist government is betting on broad popular support with a proposal that prohibits public workers from wearing headscarves, skullcaps and other religious symbols, yet it is dividing the movement that advocates independence from Canada.

The proposal, unveiled by the ruling Parti Quebecois last week, plays with the explosive issue of minority rights in a part of Canada, a country that prides itself as being a tapestry of immigrants rather than a U.S.-style melting pot.

The government’s proposed Charter of Quebec Values would ban teachers, doctors and other public workers from wearing highly visible religious symbols, including yarmulkes, headscarves and large crosses, in an effort to cement a secular society in the French-speaking province.

The charter, which has been denounced by some Jewish groups, needs support from at least one other party to become law, and it will certainly face legal challenges.

“The vast majority of our followers agree with what we’re putting forward, although obviously this isn’t unanimous,” Bernard Drainville, the Quebec minister who introduced the proposals, told Reuters.

The broad idea of a Quebec charter that would mandate religious neutrality for government workers seems to have resonated with a majority of people in Quebec. But it has already caused an unseemly divide among the separatists.

“Has the Quebec nationalist movement sunk for the decades to come into a way of doing politics that will divide Quebeckers?” asked Maria Mourani, a Lebanese Christian elected to the federal Parliament as a member of the separatist Bloc Quebecois.

The Bloc, the federal counterpart to the Quebec’s ruling Parti Quebecois, expelled Mourani from its caucus on Thursday after she expressed reservations about the charter, and she quit the party on Friday. She said her family chose Canada over France as a place to immigrate to, because it was free from the tensions over identity that she saw in France.

“We know well the number of French suburbs filled with millions of Africans and people from the Maghreb, who are still not considered French,” she said. “You see delinquency, crime, poverty, exclusion. That’s not what I want for Quebec.”

France banned religious symbols in schools in 2004 and banned the wearing of full-face Islamic veils in public in 2011.

Quebec separatists have long highlighted their differences with the rest of Canada in terms of language, culture and religion – the Catholic Church long held sway in the province and the new rules won’t apply to “traditional” symbols like the crucifix hanging in the National Assembly in Quebec City.

It remains unclear if the gambit will blow up in the face of those who favor independence, or if it will strengthen a separatist movement that twice lost referendums on breaking away from Canada.

Drainville, the minister who unveiled the ban, noted that a Forum Research poll found that while 47 percent of people across Canada disapproved of the proposed Quebec rules, 42 percent of Canadians approved.

“We’re not that different from other advanced and democratic societies such as Britain and France and Switzerland and Scandinavia and Germany who have had this debate on how to have a healthy relationship between religion and the state,” he said.

The idea of a Quebec charter of values has the support of 66 percent of Quebec residents, according to an online SOM poll conducted between Aug. 30 and Sept. 5, after elements of the plan were first reported.

Yet the new rules have even won the disapproval of the man often viewed as the hardline guardian of separatism, Jacques Parizeau, who was premier in 1995 when his forces came within a percentage point of winning a referendum on separation.

Parizeau’s wife, Lisette Lapointe, a member of the Quebec legislature, said the two of them oppose the new plan, which pits multicultural Montreal against the rest of the province.

“Why create this split between the regions and Montreal? There is a kind of unanimity in Montreal, all the parties are together, all the separatists and federalists are saying ‘No, in Montreal, we don’t want this,’” she told French CBC television. “What is going on here? This has to be looked at again.”

The metropolitan area of Montreal has nearly half Quebec’s 8 million people and most of its immigrants. Mayors in and around the city have already come out aggressively against the charter.

Mourani, a member of Parliament who opposes the proposal, said the separatists can’t achieve independence without support from Montreal.

Antonia Maioni, director of the McGill Institute for the Study of Canada, said the provincial government had to have expected some of the reaction.

“I think they knew they would get some backlash, particularly in the metropolis,” she said. “Right away you could see that there would be this kind of resistance.”

Outside Quebec, the official response to the charter has been largely negative. Lakeridge Health, a hospital group outside Toronto, ran a recruitment ad in a Montreal student newspaper showing a smiling young woman wearing a pink and orange headscarf.