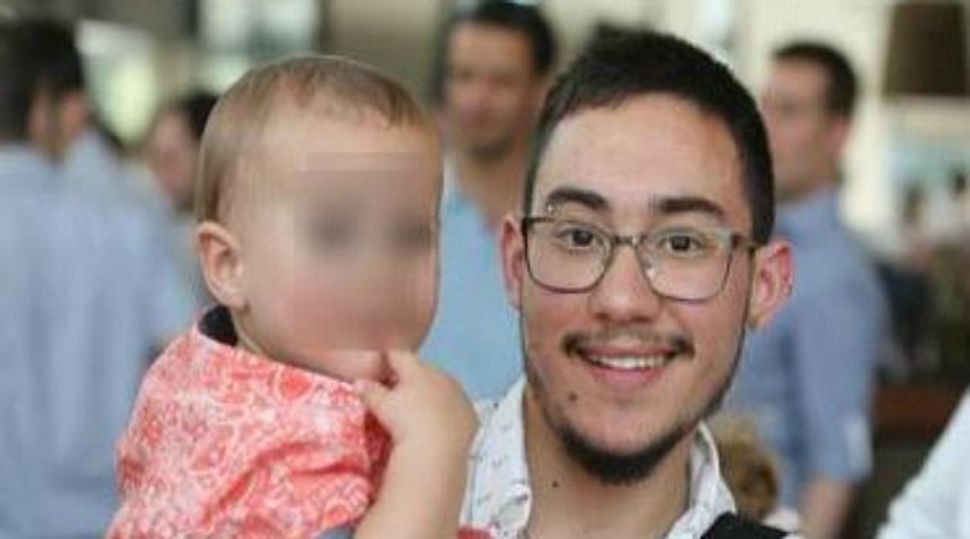 Dad and Dad: Yuval Topper-Erez, now a transgender man, holds the baby he conceived with his male partner.

Israel’s Interior Ministry has recognized the two biological fathers of the same baby.

The baby is the son of Yuval and Matan Topper-Erez. Yuval Topper-Erez, the first Israeli transgender man to get pregnant, gave birth to the baby in December 2011.

The Interior Ministry at first refused to recognize Matan as the baby’s biological father, saying they were unable to register two make biological parents.

At a hearing a year after the baby was born, the ministry tried to undermine the sex change operation and said it wanted to register Yuval as female.

The Interior Ministry agreed to list the two fathers as the baby’s biological parents and listed them in the population registry after the intervention of two lawmakers: Interior Minister Gideon Sa’ar and the chairman of the Knesset Interior Committee Miri Regev.

In order to effect the registration, Yuval was first identified as female in order to register the child with his spouse, and then his registration was changed to male.

This is the first time that both members of a same-sex couple in Israel have been listed as a baby’s biological parents. In the past, one of the parents was required to adopt the child.