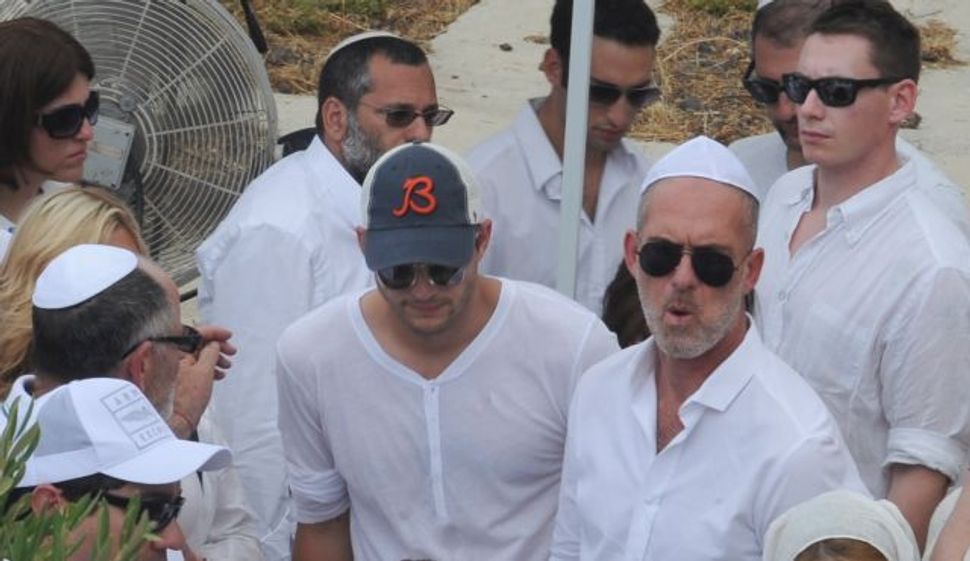 Rabbi Philip Berg, the founder of the Los Angeles-based Kabbalah Center, whose death was announced on Monday, was buried Wednesday at a cemetery in the northern Israeli city of Safed, a place that has been associated for centuries with Kabbalah, Jewish mysticism.

Berg, 86, attracted a large number of followers to Kabbalah, among them American celebrities including Madonna, Britney Spears and Ashton Kutcher. Kutcher and his girlfriend Mila Kunis were among those who attended the funeral. Berg was buried in a large mausoleum commissioned several years ago as his gravesite.

The mourners at his funeral conducted themselves in solemn silence. Following the eulogies, the crowd embraced in a row and quietly sang, swaying from side to side, reciting “Ani Ma’amin,” a Hebrew expression of faith in the coming of the Messiah. The recitation then tapered off into silent prayer.

Berg was buried in a large tomb in the city’s new cemetery, which is near the old burial ground, the site of the graves of leading figures of the Kabbalah movement including the 16th century rabbis Isaac Luria, Shlomo Alkabetz and Yosef Caro. Luria is regarded as a founder of contemporary Kabbalah and Caro was the author of the Shulhan Aruch, an authoritative religious code of Jewish conduct.