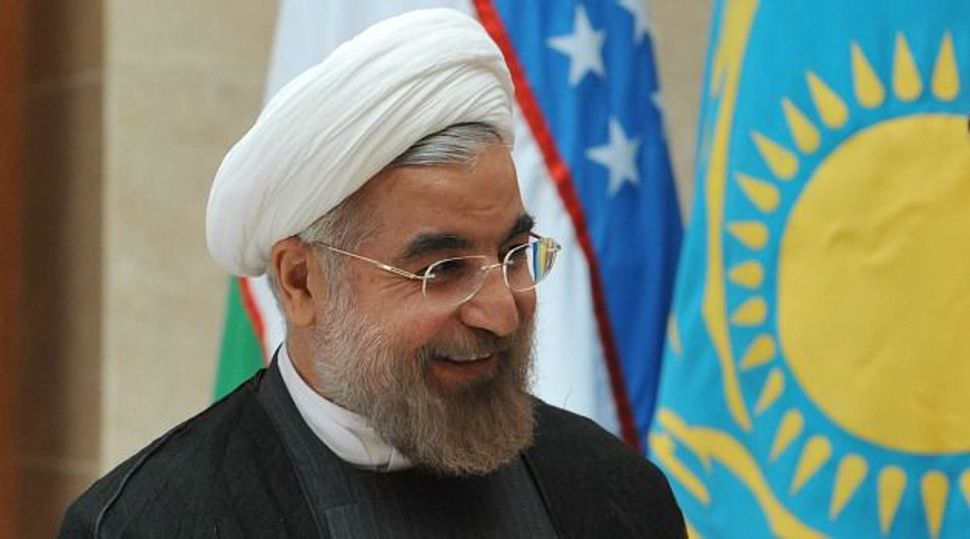 Iranian President Hassan Rouhani, in a new television interview, said his country is not seeking war and that Iran wants the Middle East to have “rule by the will of the people.”

His comments came during the second part of an interview with NBC News that aired on Thursday, just days before he travels to New York for an appearance at the United Nations.

Rouhani, asked about Israel, said: “What we wish for in this region is rule by the will of the people. We believe in the ballot box. We do not seek war with any country. We seek peace and friendship among the nations of the region.”

In an earlier part of the interview that aired on Wednesday, Rouhani said Iran would never develop nuclear weapons and that he had “complete authority” to negotiate a nuclear deal with the United States and other Western powers.

The interview may signal Rouhani’s efforts to improve relations with the West after years of hostility. He also appeared to support the growing wave of pro-democracy uprisings sweeping across the region.

But some questions, especially about Iran’s stance toward Israel, remained unanswered.

Rouhani’s predecessor, Mahmoud Ahmadinejad, had infamously said the Holocaust was a myth.

Rouhani declined to say whether he also believed that. “What is important to Iran is that countries, people in the region grow closer and prevent aggression and injustice,” he told NBC’s Ann Curry.

He also appeared to support lifting Iran’s Internet censorship, saying: “We want the people, in their private lives, to be completely free.”

As part of that effort, the government plans to set up a commission for citizen’s rights in the near future, he said.