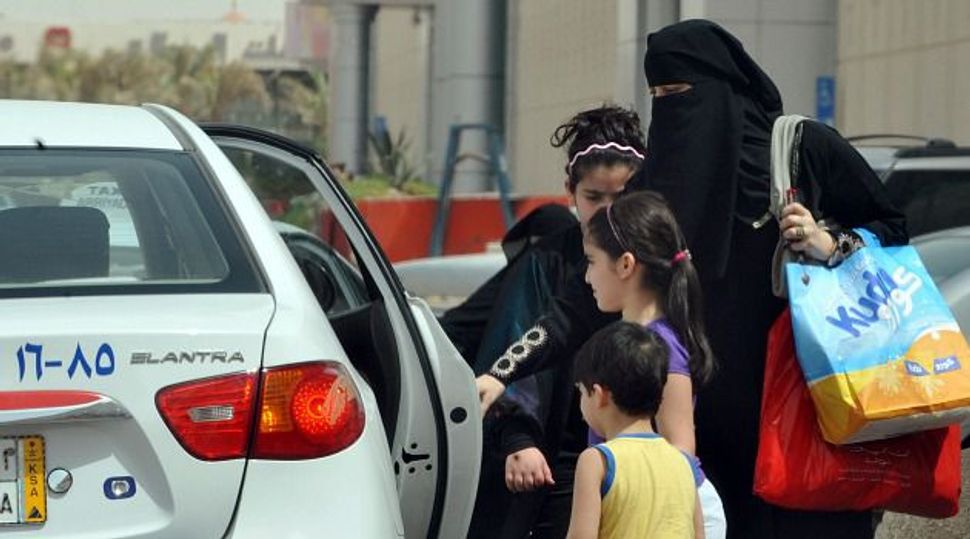 A group of Saudi activists has begun another campaign for the lifting of a ban on women driving, urging women to get behind the wheel on Oct. 26 in defiance, according to its website.

The “October 26 Driving” campaign says it has gathered 8,700 signatures for a petition it published on Sept. 21.

“If the state refuses to lift this (driving) ban on women, we call on it to offer citizens its justifications for the ban,” reads the petition posted on the website. “The state is not a father or a mother and the citizens are not children.”

While no laws explicitly ban Saudi women from driving, citizens must use locally issued licences. These are not issued to women, making it in effect illegal for them to drive.

At least two similar campaigns in the past two years have failed to bring change, with the authorities detaining several women and making them sign pledges not to drive again.

Nevertheless, King Abdullah has pushed some modest reforms to advance women’s rights during the same period.

In January, he appointed 30 women to the Shoura Council, which advises the government on new legislation. He had said in late 2011 that women would be able to vote or run for office in the next municipal elections, Saudi Arabia’s only public polls.

The “October 26 Driving” campaign urges people to put its logo on their cars on that day. It also urges women to learn to drive and asks family members to support women’s right to drive.

In a video posted on the campaign’s website, a woman who wore no headcovering asked Saudi women to drive on Oct. 26.

“I hope that a huge number of girls participate this time so that we can end this crisis,” she said. “Neither Sharia nor law prohibit us from doing this (driving)”.

Saudi Arabia is a conservative monarchy backed by religious scholars. It upholds an austere form of Sunni Islam and gives wide powers to clerics who dominate the judicial system and run their own police squad to enforce religious morals.

In 2011, after pro-democracy protests swept the Arab world, dozens of Saudi women responded to a “Women 2 Drive” campaign, posting pictures and videos of themselves driving on Twitter, Facebook and YouTube.

Some were briefly detained and two faced charges, including that of “challenging the monarch”. One was freed after signing a pledge not to drive again. The other was sentenced to 10 lashes, although it was not clear if the sentence was carried out. A Saudi princess tweeted that it had been revoked.

On Thursday, Sheikh Abdulatif Al al-Sheikh, the head of the morality police, told Reuters there was no text in the documents making up sharia law which bars women from driving.

But he said he did not set Saudi policy and denied a report in local media that he had recently instructed the morality police not to pursue or stop women drivers.