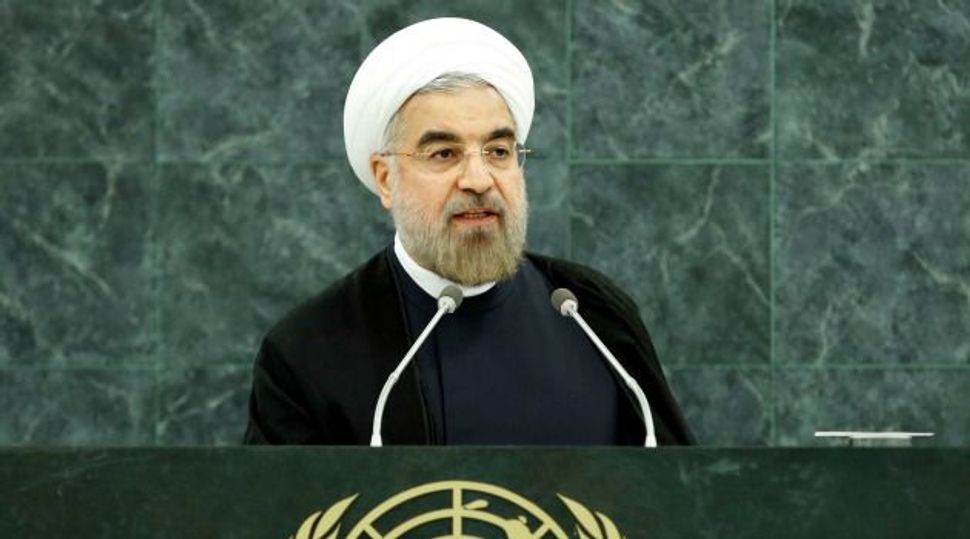 “It was a cynical speech full of hypocrisy,” Netanyahu said in a statement after Rouhani addressed the annual gathering of world leaders at the United Nations General Assembly.

“It had no practical suggestion to stop Iran’s military nuclear programme and no commitment to fulfil U.N. Security Council decisions. That exactly is the Iranian plan, to talk and buy time in order to advance Iran’s capability to obtain nuclear weapons.”

Iran denies it is trying to develop nuclear weapons and says its programme is for peaceful purposes.

Speaking to the General Assembly on Tuesday just hours after U.S. President Barack Obama addressed the gathering, Rouhani said he was prepared to engage in “time-bound and results-oriented” nuclear talks and did not seek to increase tensions with the United States.

Obama in his speech to the assembly, said he was determined to test Rouhani’s recent diplomatic gestures and challenged him to take concrete steps toward resolving Iran’s long-running nuclear dispute with the West.

Netanyahu said on Tuesday he would welcome a diplomatic solution that dismantled Iran’s capacity to develop nuclear arms, but that Israel “will not be fooled by half-measures that merely provide a smokescreen for Iran’s continual pursuit of nuclear weapons and the world should not be fooled either”.