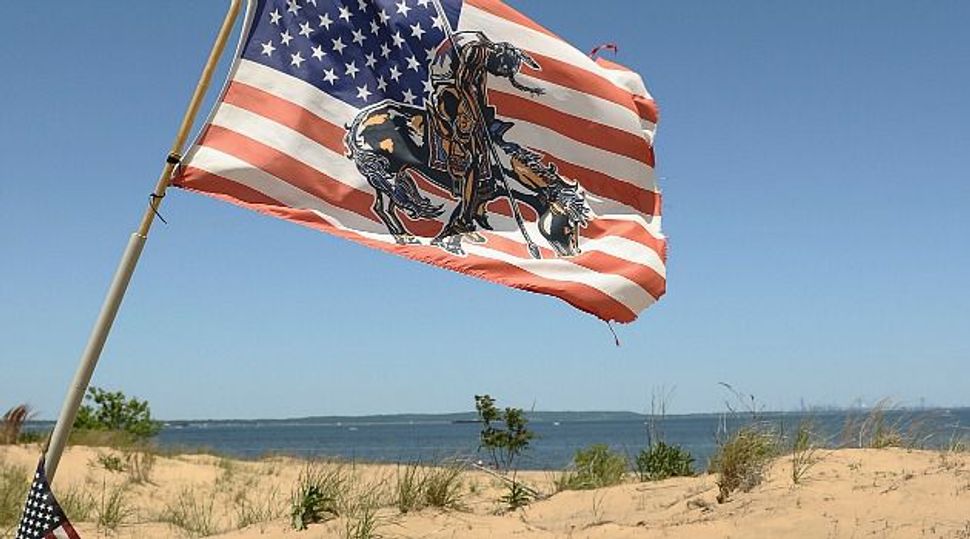 An elderly New Jersey couple has accepted $1 to settle litigation over the building of sand dunes that blocked the panoramic beachfront and ocean view from their home, the state said on Wednesday.

The $1 settlement with Harvey and Phyllis Karan was announced after the New Jersey Supreme Court on July 8 had overturned a $375,000 jury award in their favor.

In 2008, the Karans had rejected a $300 offer from the Borough of Harvey Cedars as compensation for their lost land and view when building a 22-foot (6.7-meter) high dune on part of their property to replace a 16-foot (4.9-meter) dune.

They said the construction reduced their property’s value by $500,000. But the Supreme Court said the trial jury should also have been allowed to consider whether the benefits of a higher dune offset any loss of property value.

“The impact of that court ruling should now be clear to anyone who thinks they were in line for a big government check,” Christie said in a statement. “Sandy changed everything.”

New Jersey said Harvey Cedars agreed to reimburse $24,260 to cover the Karans’ litigation costs, but not legal fees, and that no post-Sandy cases will be treated similarly.

“Our clients are an elderly couple who were exhausted by years of protracted litigation,” Peter Wegener, a lawyer for the Karans, said in a phone interview. “They are somewhat disappointed that the system of justice in a sense let them down, and not up to going through it all over again.”

Sandy struck the state’s 127-mile (204-km) coastline last Oct. 29. It destroyed or damaged hundreds of thousands of homes, leveled or washed away boardwalks and theme-park rides, and cost an estimated $37 billion statewide.

Harvey Cedars is about 65 miles (105 km) east of Philadelphia.