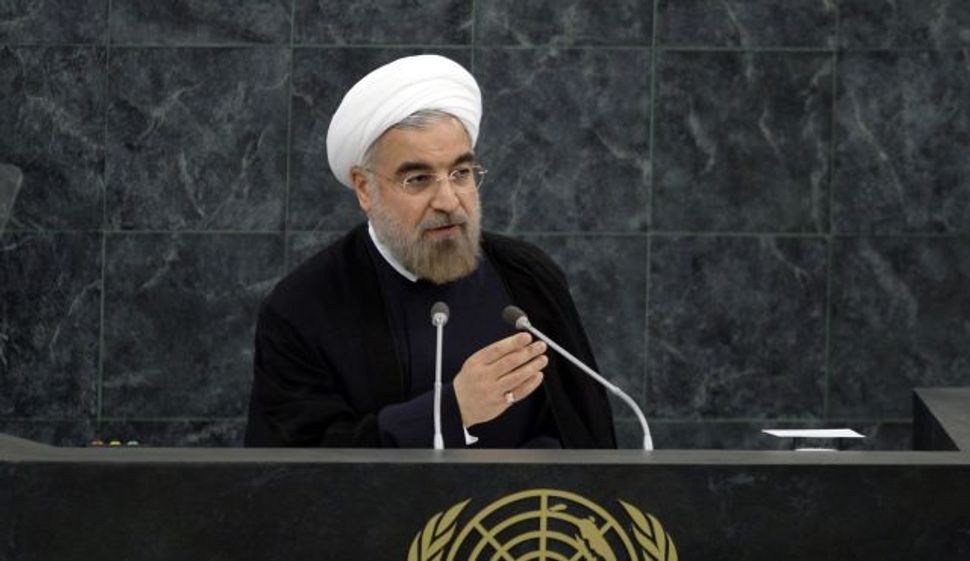 Iranian President Hassan Rohani said in a newspaper interview on Wednesday that he wants to reach a deal with world powers on Tehran’s nuclear program in three to six months.

“The only way forward is for a timeline to be inserted into the negotiations that’s short,” Rohani was quoted as telling the Washington Post, through a translator, during a visit to New York where he addressed the United Nations General Assembly on Tuesday.

“The shorter it is, the more beneficial it is to everyone. If it’s three months that would be Iran’s choice, if it’s six months that’s still good. It’s a question of months not years,” said Rohani when asked for a time frame for resolving Iran’s nuclear dispute with the West.

Rohani’s comments come after Iran’s foreign minister expressed hope on Wednesday that a meeting with top diplomats from the United States and five other powers this week will jump-start negotiations to resolve the decade-long dispute over the Iranian nuclear program.

Foreign Minister Mohammed Javad Zarif is set to meet with U.S. Secretary of State John Kerry as well as diplomats from Britain, France, Russia, China and Germany on Thursday in New York in a rare encounter between American and Iranian officials.

Asked what he expected from the meeting with the five permanent UN Security Council members plus Germany, Zarif said: “a jump-start to the negotiations … with a view to reaching an agreement within the shortest span.”

U.S. President Barack Obama on Tuesday cautiously embraced overtures from Rohani, as the basis for a possible nuclear deal and challenged him to take concrete steps toward resolving the issue.

Speaking after a meeting with French Foreign Minister Laurent Fabius on the sidelines of the U.N. General Assembly, Zarif added: “The Islamic Republic has the political readiness and political will for serious negotiations and we are hopeful that the opposite side has this will as well.”

“We (Zarif and Fabius)… had a good discussion about the start of nuclear talks and the talks that will take place tomorrow at the foreign ministerial level between Iran and the P5+1,” Zarif said, referring to the so-called P5+1 group comprising the five Security Council powers plus Germany.

Iran has been negotiating with the P5+1 since 2006 about its nuclear program, which Western powers and their allies suspect is aimed at developing a nuclear-weapons capability. Iran says its nuclear program is for peaceful civilian energy purposes only.