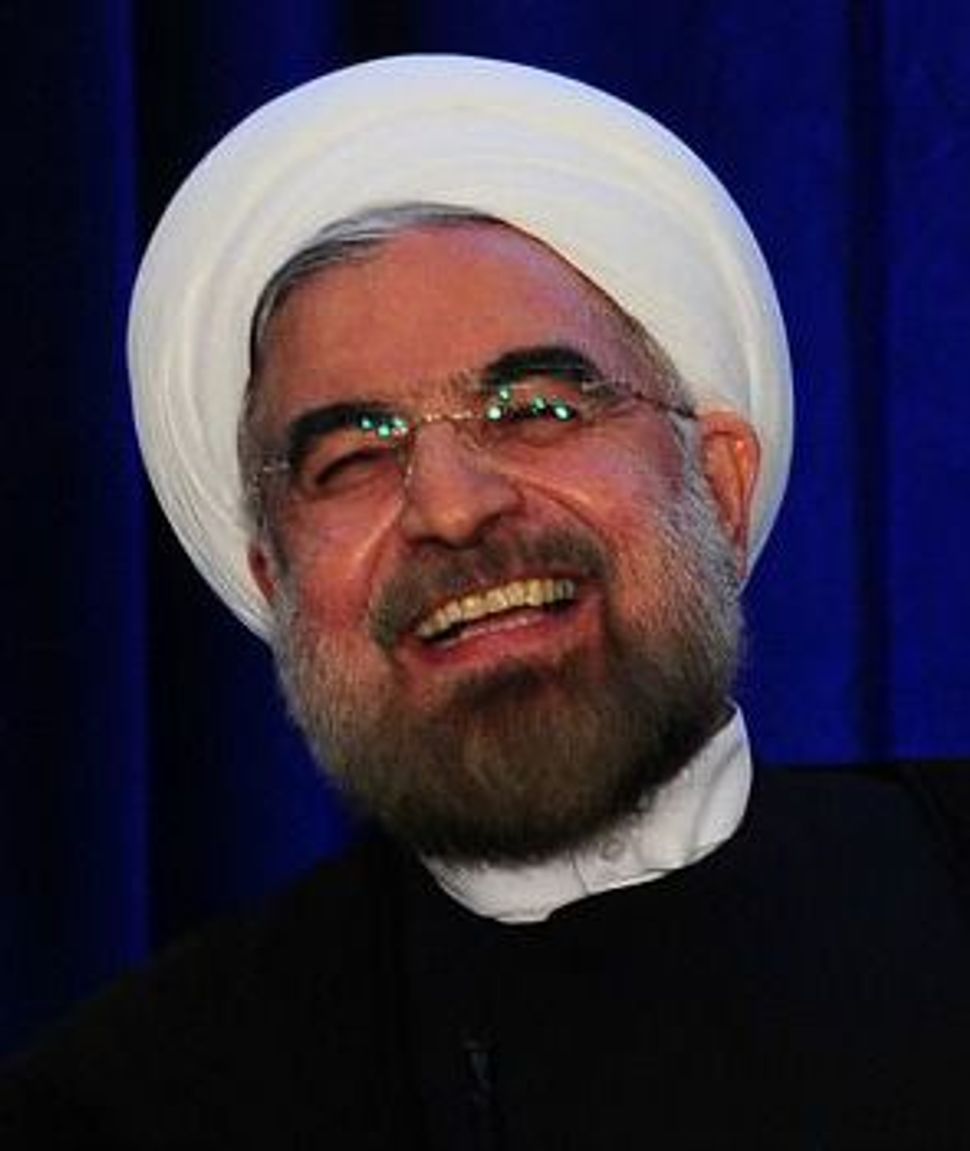 New Iranian President Hassan Rouhani said on Friday he wanted talks with major powers on Iran’s nuclear program to yield results in a short period of time and that the improved mood in U.S.-Iranian relations could lead to better ties.

“The atmosphere (in Iran-U.S. ties) is quite different from the past,” Rouhani told a news conference on the sidelines of the U.N. General Assembly in New York, a day after the highest- level talks between the United States and Iran in a generation.

The Iranian president, who took office last month, said he hoped nuclear talks with the United States and other powers “will yield, in a short period of time, tangible results.”

Rouhani said his government had a full mandate to handle the issue.

“I think that any result this government reaches, it will have the support of other powers (power centers) in Iran,” he said. “On the nuclear issue, the government has total discretion.”

Iran and the United States held their highest-level official talks since before Iran’s 1979 revolution on Thursday when Iranian Foreign Minister Mohammad Javad Zarif and U.S. Secretary of State John Kerry met along with the other major powers to address Western suspicions that Iran may be trying to develop atomic weapons. That was followed by a brief bilateral meeting between Zarif and Kerry.

The two sides said the tone was positive but they remained cautious about resolving the long-running standoff over Iran’s nuclear program.

A senior U.S. official said after the meeting that Zarif had proposed fully implementing an agreement on its nuclear program within a year.

Rouhani said earlier this week he would like to see a deal with world powers in three to six months.