Benjamin Netanyahu, Not Afraid To ‘Ruin Party,’ Will Warn on Iran 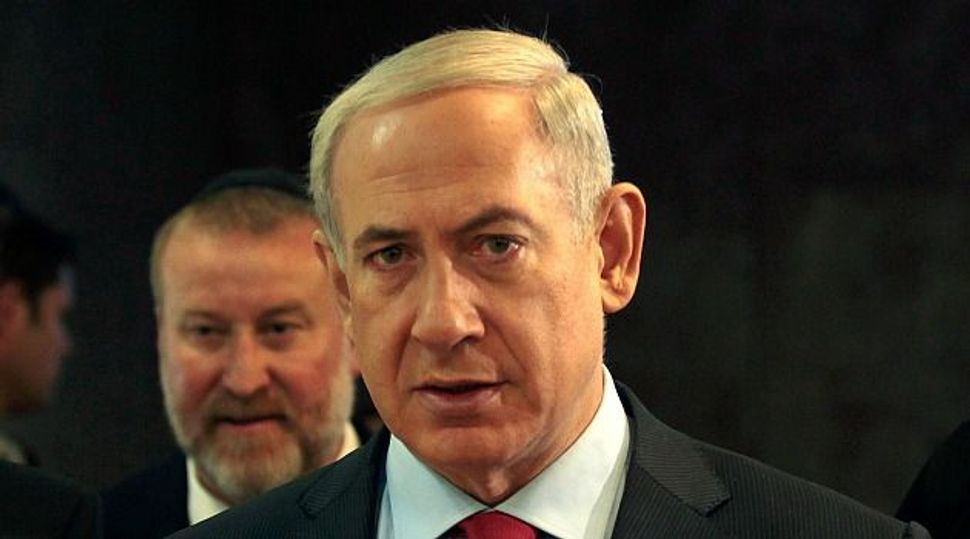 Israeli Prime Minister Benjamin Netanyahu will warn President Barack Obama at a meeting on Monday that Iran’s diplomatic “sweet talk” cannot be trusted and will urge him to pressure Tehran to prevent it being able to make a nuclear bomb.

While Obama will attempt to reassure Netanyahu that he will not act prematurely to ease sanctions on Iran, growing signs of a U.S.-Iranian thaw have rattled Israel and could make for a tense encounter between the two leaders, who have not always seen eye-to-eye on the Iranian nuclear dispute.

They will meet at the White House three days after Obama and Iranian President Hassan Rouhani spoke by telephone – the highest-level contact between the countries in more than three decades – fueling hopes for a resolution of a decade-old Iranian nuclear standoff.

“Netanyahu does not care that he is the only one ruining the party,” an Israeli official said.

Obama is expected to voice sympathy for Israel’s skepticism about Iran, its arch-foe, but will make clear his determination to test Rouhani’s intentions and will press Netanyahu for time to do so, U.S. officials say.

For his part, Netanyahu will tell Obama that tough economic sanctions have succeeded in forcing Iran back to the negotiating table and “they should not be eased, quite the contrary, they should be tightened,” a second Israeli official said.

Netanyahu will urge Obama to reject any deal that calls for concessions by the West and instead demand specific steps by Iran, including shutting down their uranium enrichment and plutonium projects and shipping out their fissile material stocks.

“He will tell the president ‘better no deal than a bad deal,’” the official said.

The Obama administration has been vague on exactly what concessions it wants from Iran, and a source close to the White House said the president is expected to resist Israeli pressure for a precise time limit for diplomacy to produce an agreement.

Despite their differences behind closed doors, Obama and Netanyahu are expected to try to project unity. Talks begin in the Oval Office at 11:15 a.m. EDT, ending with statements to a small pool of journalists, followed by a working lunch.

Netanyahu spent Sunday holed up at his New York hotel working on a speech he will deliver at the United Nations on Tuesday while his aides refrained from their usual Sunday television interviews with the Israeli media.

“I will speak the truth. Facts must be stated in the face of the sweet talk and the blitz of smiles,” Netanyahu said at the airport in Tel Aviv before departing for the United States.

Obama and Netanyahu have a history of difficult encounters, including a blowup in the Oval Office in 2011 when Netanyahu famously lectured the president on Jewish history.

Iran strategy has strained relations between them before, most notably last year when Netanyahu issued veiled criticism of U.S. pressure on Israel not to launch its own pre-emptive attack on Iran’s nuclear sites.

Having secured a second term, Obama visited Israel in March, where he eased a personal rift with Netanyahu and offered reassurances that he was determined to deny Iran the means to make a bomb, something that Tehran denies it is seeking.

But different clocks tick for the two allies. While they agree that Tehran could make its first nuclear device in months if it were intent on doing so, Israel publicly warned last week that this gap could shrink to weeks, thanks to new Iranian uranium centrifuges.

Limited in conventional military clout, Israel – believed to possess the Middle East’s only nuclear arsenal – would prefer to see the U.S. superpower lead the way militarily against Iran if diplomacy fails.

Yet Israelis watched worriedly as Obama stumbled in his bid to muster domestic support for attacking Syria in reprisal over Damascus’s suspected use of chemical weapons on Aug. 21.

Netanyahu will be looking for proof of Obama’s commitment to confront Tehran with what the hawkish Israeli premier calls a “credible military threat.” Obama has insisted he is not bluffing, though he has not been as explicit as Netanyahu wants.

However, neither does Netanyahu look any closer to launching a strike on Iran alone, with Israeli public support lacking and questions about whether it would be militarily effective.

In the meantime, Obama’s engagement with Iran could be limited by the influence of the pro-Israel lobby in Washington and lawmakers who share Netanyahu’s suspicion of Rouhani, a moderate cleric who took office in August. Netanyahu could meet supporters on Capitol Hill as he normally does on U.S. visits.

Seeking to stress common ground between Obama and Netanyahu, U.S. national security adviser Susan Rice told CNN on Sunday the United States, Israel and other allies “have been largely united in agreeing on the process going forward” with Iran.

But she acknowledged that the path was unclear as negotiations with Iran were not yet under way.

Further complicating matters is Obama’s reinvigorated push for a peace deal between Israel and the Palestinians in talks that restarted earlier this year. Middle East diplomacy is expected to figure more prominently in Monday’s meeting than originally thought, after Obama listed it as a top priority in his address to the United Nations on Tuesday.

Benjamin Netanyahu, Not Afraid To ‘Ruin Party,’ Will Warn on Iran