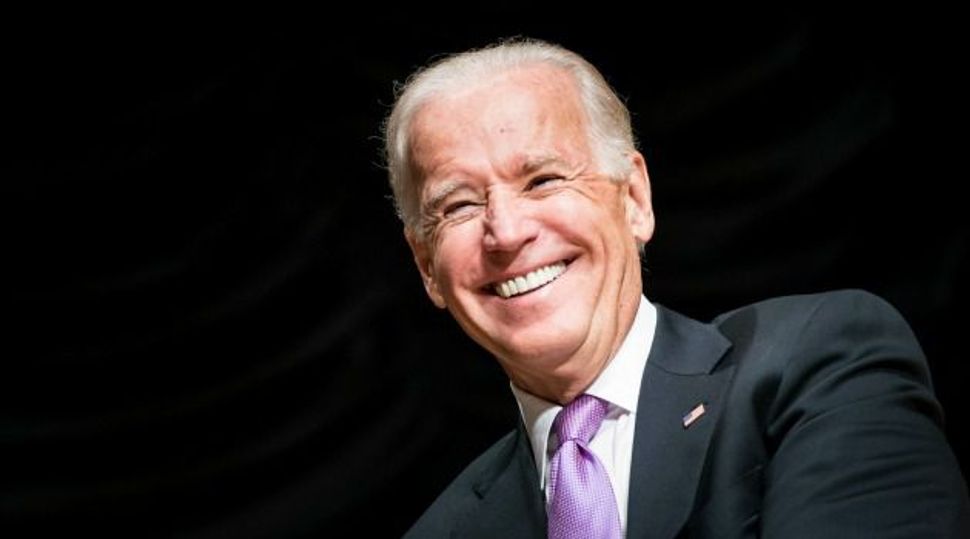 After reviewing an array of countries seized by unrest, including Iraq, Syria, Egypt, Yemen and Bahrain, as well as the threat posed by Iran’s suspected nuclear program, Biden said Monday that he and President Obama were asked often why they chose to focus on restarting Israeli-Palestinian talks.

“In light of all these problems, some people ask us: Why Biden, why, why Obama. Why are you so set on trying to resolve the peace process?” Biden said.

He said it was because it was the best chance for introducing stability in the region.

“The Palestinian-Israeli issue involves the least ideological and least sectarian Arabs in the Middle East,” Biden said. Arriving hours late — “Blame the President,” Biden said to laughs from the crowd — the vice president proceeded to rehash many of the same themes, and even the anecdotes, he discussed during his speech at the American Israel Public Affairs conference last spring.

The reaction from some 3,000 activists attending the liberal pro-Israel group’s annual conference was mixed. While he received light applause for his mentions of Iran sanctions, it was his call to support diplomacy that won more praise.

Referencing his Irish heritage, Biden said he was aware that history could complicate things but that such a legacy should be an impetus to create peace.

“I understand old hatreds dying slowly. Old scars are the hardest ones to paper over,” he said. “Both sides have to realize that every grievance from the past can’t be visited on their children.”

He defended the American role in peace negotiations, noting that Israeli Prime Minister Benjamin Netanyahu in his meeting earlier Monday with Obama thanked the president for encouraging the restart of peace talks. Biden was present at the meeting as well.