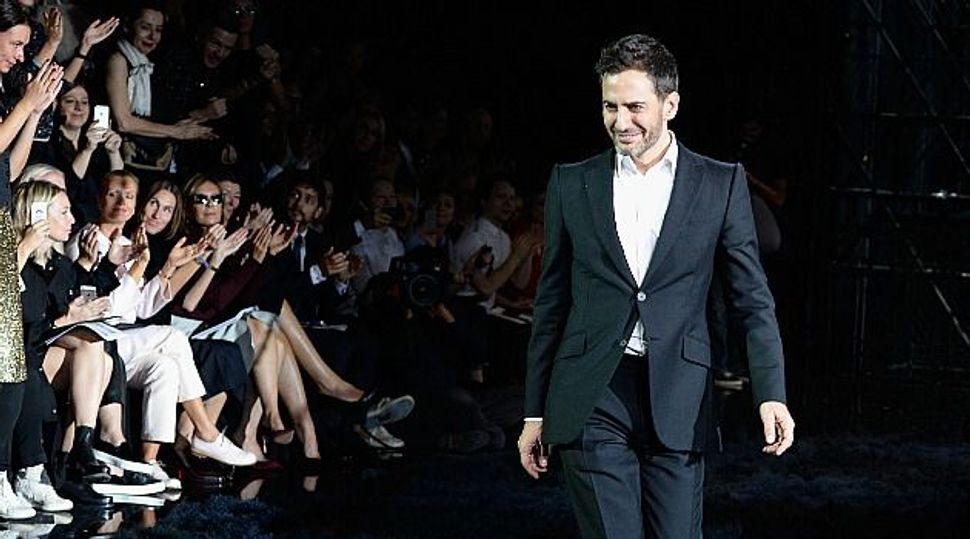 The move follows a series of leadership changes at Louis Vuitton, LVMH’s cash cow and biggest profit- and revenue- contributor, aimed at helping the brand regain some of its lost prestige after a sustained decline in sales over the past year.

“Marc Jacobs is leaving Vuitton and will focus on his own brand,” the source said on condition of anonymity.

Louis Vuitton, which built its name and profitability on its LV-embossed canvas bags, has been suffering from cooling demand in Asia and consumers’ growing preference for no-logo products.

Over the past year, the brand has put brakes on its expansion, contributing to its sales growth halving to around 5 percent and last month, it hired accessories designer Darren Spaziani, ex-Proenza Schouler, to beef up its high-end offering of leather bags.

Nicolas Ghesquiere, a darling of fashion editors, who left Balenciaga last year after having successfully revamped the Kering fashion brand, is seen as a frontrunner to replace Jacobs.

“It would be a positive sign if Ghesquiere joined Louis Vuitton as he is one of the most coveted designers today and he would give a creative jolt to the brand,” said David Da Maia, analyst at brokerage Aurel BGC in Paris.

Arnault has been regularly changing the creative and management teams of his fashion brands to refresh the style and drive expansion.

LVMH’s Celine has been going from strength to strength since award-winning designer Phoebe Philo took its creative helm in 2008 while Riccardo Tisci has brought new vitality to Givenchy since his appointment in 2005.

Marc Jacobs on Wednesday presented his last collection for Louis Vuitton, an all-black swan song that incorporated elements from his past shows such as the train station he famously reconstituted and the slow-turning white carousel carrying models, including Kate Moss, two years ago.

Today, the Marc Jacobs brand and particularly its more accessible line Marc by Marc Jacobs, are among the most profitable fashion subsidiaries within LVMH, enjoying strong demand in the United States and Japan.

Media reports said the designer aimed to float his business – which is estimated to generate sales of around 500 million euros – on the New York Stock Exchange within a few years.

Some industry observers suggest Marc Jacobs has been emboldened by the success of Michael Kors, the U.S. brand whose shares and sales have been enjoying stellar growth since the initial public offering late last year.

At the age of 24, Jacobs was the youngest designer to receive the New Fashion Talent award from the Council of Fashion Designers of America. After graduating from the Parsons New School of Design, Jacobs worked for Perry Ellis after the designer passed away and shortly thereafter created his own label in 1984 with partner Robert Duffy.

When Dior sacked John Galliano two years ago after a video showed him making antisemitic comments in a Paris bar, Jacobs was one of the leading contenders to replace him but according to reports, talks fell through over terms. In the end, Dior took more than a year to appoint Raf Simons as its new designer.