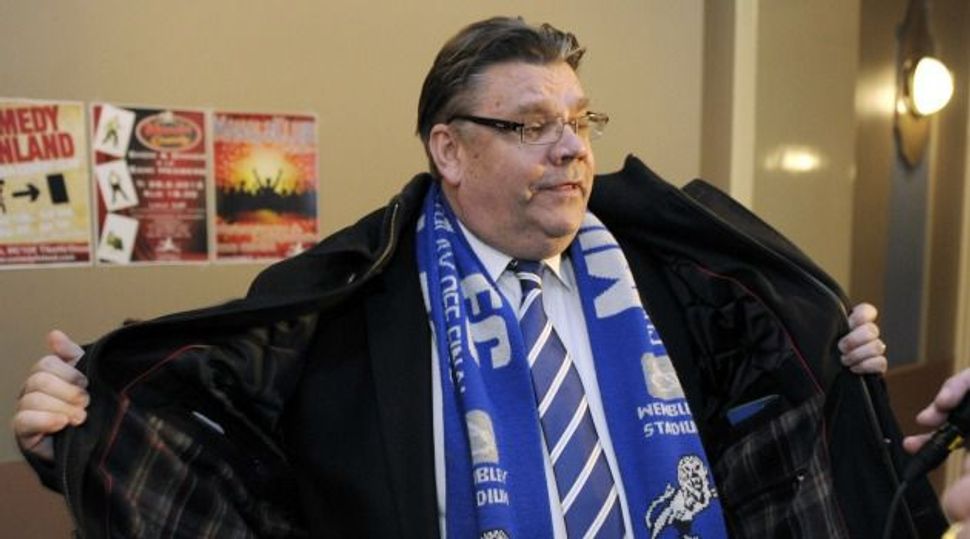 Distance Hatred: The leader of the Finns Party moved to expel a member who snapped a photo of his friend giving the Nazi salute. Image by getty images

Finland’s anti-euro Finns Party said it would expel a member who photographed a friend giving a Nazi salute in parliament to try to distance itself from scandals threatening its popularity.

James Hirvisaari, an outspoken member of the party which has grown in popularity by capitalising on anger over eurozone bailouts, invited his friend Seppo Lehto to parliament on Friday and took the photo of him making the salute in the main hall.

It was posted on Lehto’s blog.

The Finns Party, Finland’s biggest opposition party, said officials had proposed expelling Hirvisaari, and its vice chairman, Juho Eerola, told Reuters it was practically certain he would be expelled.

Party officials said the photograph was the last straw after a series of scandals involving inflammatory comments about immigrants that have damaged its reputation.

“We just don’t need the kind of publicity that Hirvisaari was again bringing with his activity,” another vice chairman, Jussi Niinisto, was quoted as saying in an online report of the daily Helsingin Sanomat.

The speaker of Finland’s parliament, Eero Heinaluoma from the Social Democrats party, said he had issued a warning to Hirvisaari, the toughest measure available to him.

“To make a Nazi salute in parliament … is absolutely unacceptable and we are drawing a line there, so that everybody can see what the consequences are,” Heinaluoma told reporters.

Hirvisaari said in a blog post on Wednesday that Lehto was a joker. “I apologise if someone has been offended by the pictures he published on the Internet, and I’m sorry if some people are straitlaced, I know I’m not,” he said.

On Thursday, he sent a letter to Heinaluoma apologising and condemning Nazism.

Hirvisaari was fined in 2011 for inciting racial and ethnic hatred after saying Muslims brought violence to Finland. He was also temporarily expelled from a Finns Party lawmaker group last year after defending his aide who suggested all immigrants in Finland should wear armbands.