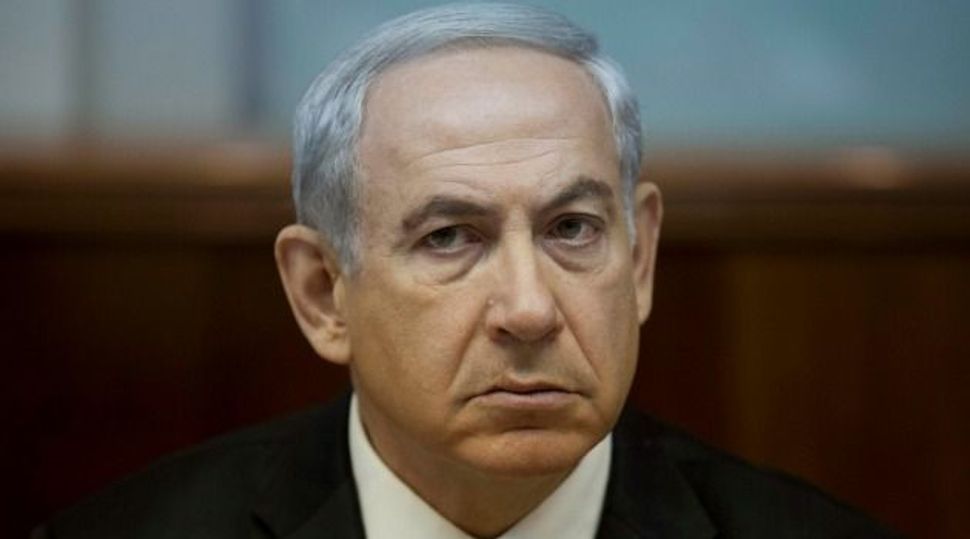 Israeli Prime Minister Benjamin Netanyahu said this week that Iran’s new president was a “wolf in sheep’s clothing”, but he himself looked increasingly like a lone wolf as his allies seek to bring Tehran into the fold.

After years of worrying about Iran’s disputed nuclear ambitions, Netanyahu took to the stage at the U.N. General Assembly on Tuesday and made his most explicit threat yet to attack the Islamic republic unless it ends its atomic programme.

However, his warning carried less weight than in previous years, with only a dwindling band of diplomats and experts convinced that Israel might unleash its warplanes, especially at a time of warming ties between Iran and the rest of the world.

One Western diplomat involved in Iranian nuclear diplomacy described Netanyahu as “out of step” with the mood of detente and a former senior U.S. official cautioned that Israel would be unlikely to secure all its demands in any negotiations.

An additional concern for Netanyahu, who relishes his time in the international spotlight, was that world attention was focused elsewhere, notably on the U.S. government shutdown.

This was particularly noticeable when Netanyahu met U.S. President Barack Obama on Monday as part of his mission to undermine an Iranian diplomatic drive to build warmer relations with the United States and other Western powers and to prevent any swift easing of economic sanctions on Tehran.

Although the U.S. president took pains to agree with his guest, his more pressing concern – as reflected by the sole question taken from reporters covering the White House meeting – was the political paralysis gripping Washington.

“Israel needs to be taken seriously and Netanyahu did his best,” said Ehud Yaari, an Israel-based fellow at the Washington Institute for Near East Policy. “But his message might have become diluted and in terms of getting it heard, I am not sure he succeeded. The timing was not his choice.”

While Netanyahu still enjoys broad support at home for his unyielding approach, aides said he worried that Western powers, impressed by more clement rhetoric from new Iranian President Hassan Rouhani, will “fumble the ball” and let Iran reach a point where it could rapidly put together a nuclear weapon.

The United States and Israel accuse Iran of seeking to develop an atomic bomb. Tehran says its nuclear programme is for peaceful purposes only and Rouhani has projected a moderate image for his country since taking office in August.

Later this month, Iran will meet the P5+1 – the five permanent U.N. Security Council members plus Germany – in Geneva to resume negotiations aimed at resolving the years-old nuclear dispute.

Netanyahu’s message, a senior Israeli official said, was that world powers should “cut the crap” – see through what Israel regards as Iranian deception. That reflects the prime minister’s concern that there could be a swift easing of sanctions before Iran dismantles any nuclear infrastructure.

Not a member of the international negotiating team, the Israeli leader nonetheless laid out his conditions for a deal, including shutting down all Iranian uranium enrichment facilities and shipping out all its stocks of fissile material.

Such a comprehensive nuclear rollback looks highly unlikely, meaning Netanyahu will have to calibrate his expectations.

“Negotiating means there will have to be some give on both sides,” said Gary Samore, until recently the top nuclear proliferation expert on Obama’s national security staff.

“I think it’s unlikely that we are in a position to dictate to the Iranians that they have to meet all of our demands.”

While Obama has said he is determined to prevent Iran from possessing a bomb, Israel argues that Tehran is working toward what is called nuclear latency, whereby it would not actually make a nuclear device but would have all the elements required to build a first weapon at a few weeks’ notice, too short a time for effective foreign intervention.

That has left Israeli and U.S. planners trying to agree on what limits should remain on Iran’s nuclear programme in exchange for any eventual easing of sanctions.

There was no suggestion this week that such an accord was reached, but Gilad Erdan, a minister accompanying Netanyahu on his trip, played down the differences between the allies.

“I don’t think there are large gaps between the U.S. administration’s position and ours,” he said. “We may not see eye to eye on everything, but there is certainly agreement and common interests in the greater goal of stopping a nuclear-armed Iran.”

However, a diplomat from one of the P5+1 countries directly involved in the negotiations with Tehran stressed that while Israel’s view was important, it did not have power of veto.

“Israel will not be in the room if and when a deal is done,” said the diplomat, who declined to be named. “We take Israeli concerns very seriously. But I have a feeling that Netanyahu is slightly out of step with other nations at the moment.”

Israel has always maintained that only a combination of strong sanctions and credible military threat would convince Iran to back down and renounce its nuclear ambitions.

While Washington has said the military option remains on the table, Israeli officials expressed alarm last month when Obama suddenly backed off striking Syria, seemingly going against a pledge to attack if Damascus deployed chemical weapons.

In that context, Netanyahu, who says a nuclear-armed Iran would threaten Israel’s very existence, put the notion of a unilateral Israeli strike, without U.S. backing, to the fore in his U.N. address.

“I want there to be no confusion on this point. Israel will not allow Iran to get nuclear weapons,” he said. “If Israel is forced to stand alone, Israel will stand alone.”

After years of implicit threats, Netanyahu’s explicit threat did not generate many headlines around the world.

Though believed to have the Middle East’s only atomic arsenal, Israel lacks the conventional means to deliver lasting damage to Iran’s increasingly well-defended nuclear sites.

“The optimal operational opportunity that Netanyahu had to physically attack the Iranian nuclear capability was in the years 2008-2010,” columnist Alex Fishman wrote in top-selling Israeli newspaper Yedioth Ahronoth. “And he missed it.”

However, Fishman said that unlike in recent years, Netanyahu now had political backing within his core security cabinet for a strike should he decide to go it alone.

The right-wing Israeli leader will also be bolstered by an opinion poll published on Friday in Israel Hayom newspaper, which showed 65.6 percent of voters saying they supported his statement that Israel was ready to stand alone against Iran.

But Israeli officials make no secret of the fact they would prefer the U.S. superpower to take the lead in any use of force and during his half-day in Washington, Netanyahu made sure to visit Capitol Hill – scene of Obama’s short-lived bid to muster the support of U.S. lawmakers for an attack on Syria.

Netanyahu has many friends in the U.S. Congress and some of his key security officials believe that despite the reticence shown by lawmakers for action against Damascus, they would nonetheless rally to Israel’s support in a showdown with Iran.

Yaari, of the Washington Institute, said: “When Netanyahu was addressing the United Nations, he was basically talking to Obama and Congress – telling them what is the right kind of deal to reach.”