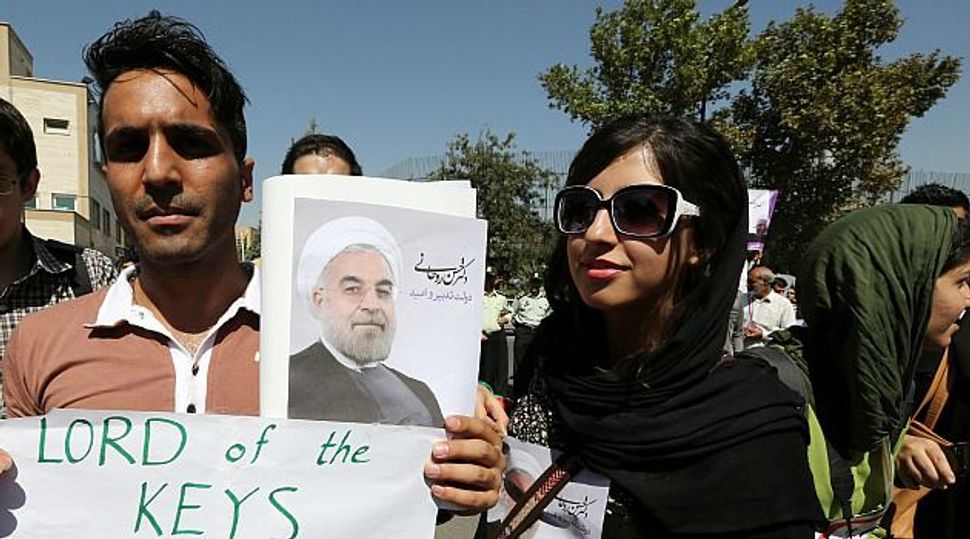 Too Much Too Soon? Hassan Rouhani has plenty of support on the streets of Tehran, but the picture is cloudier in the halls of power. Image by getty images

Iranian Supreme Leader Ayatollah Ali Khamenei said on Saturday he supported moderate President Hassan Rouhani’s diplomatic initiative at the U.N. General Assembly last week but that some of what occurred there was “not proper”.

In his first comments since Rouhani, committed to easing Iran’s international isolation, spoke by telephone with U.S. President Barack Obama, Khamenei also emphasized that he does not trust the United States as a negotiating partner.

The phone call between Rouhani and Obama, the highest-level contact between the two deeply estranged countries since 1979, capped off a week of overtures by Rouhani and his foreign minister Mohammad Javad Zarif to the West.

The landslide election in June of Rouhani, a centrist cleric, has raised hopes of a negotiated settlement to Tehran’s long-running dispute with the West over its nuclear programme – though it is Khamenei who will make the final decision on the contours of any deal.

“We support the government’s diplomatic movements and place importance on diplomatic efforts, and support what was in this last trip,” Khamenei said in a speech, according to the ISNA news agency. “Of course, in our opinion some of what occurred in the New York trip was not proper.”

He did not elaborate on that point, but added: “While we are optimistic about our government’s diplomatic staff, we are pessimistic about the Americans. The U.S. government is not trustworthy, is self-important, and breaks its promises.”