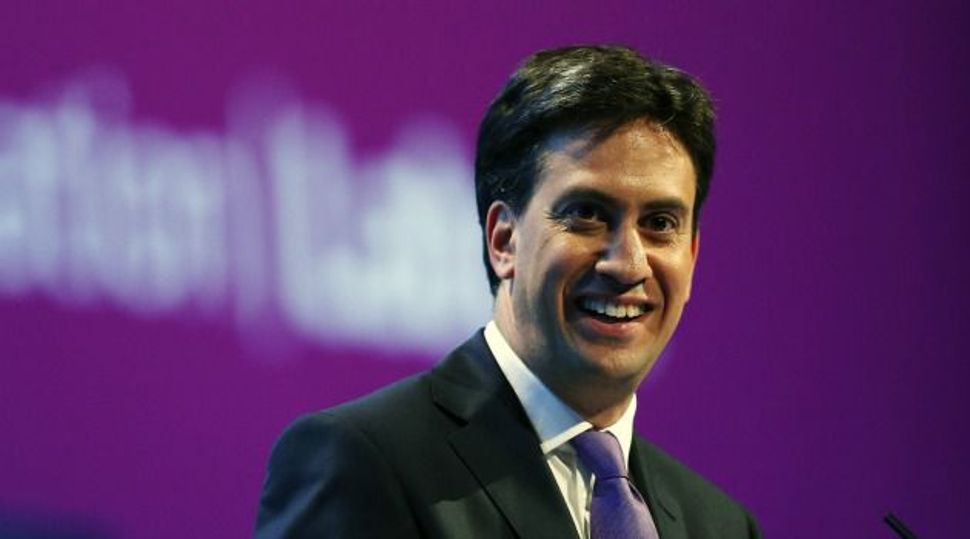 Brummer’s column appeared Saturday, several days after Miliband defended his father against the newspaper’s claim that he was an unpatriotic Jewish Marxist. The story questioned whether the Marxist views held by Ralph Miliband may have influenced Ed and his brother, David, a former British foreign secretary.

Ralph Miliband, a Jewish refugee from Belgium who fled to Britain before World War II, fought for Britain against the Nazis. He died in 1994.

Brummer said his father also was a Jewish refugee from the Nazis and that his grandparents died in Auschwitz.

“When it comes to anti-Semitism, I, as a practicing Jew in the orthodox tradition, regard myself as something of an expert with very sensitive antennae,” wrote Brummer, who has been at the Daily Mail for 13 years following several years at The Guardian, where he served as associate editor.

Brummer said in the column that he left the Guardian after feeling uneasy about how Israel was being portrayed in the left-leaning newspaper.

“The Mail’s reasons for scrutinizing the family background of Ed Miliband, in an article by Geoffrey Levy, cannot be attributed to the base notion of exposing his Jewishness. It was simply to try to explain why Ed Miliband was, as he declared (from a soapbox in my home town of Brighton a few days earlier), a ‘socialist,’ ” Brummer wrote.