Being Jewish in France Was Harder Thirty Years Ago, New Survey Shows 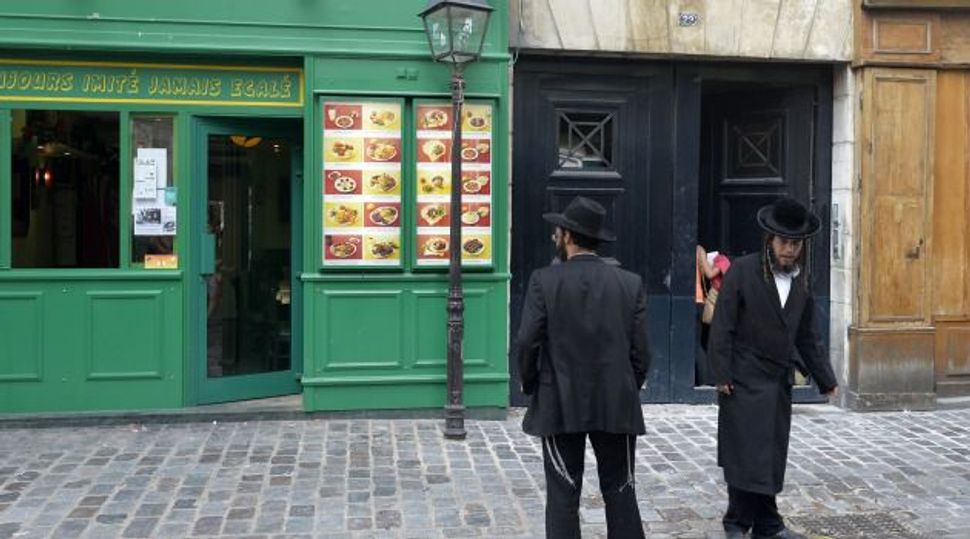 A majority of respondents in a French survey on racism said that being Jewish is easier today in France than it was 30 years ago but being Muslim has become more difficult.

In the survey of 1,003 French adults published Monday, 70 percent of respondents said that being Jewish is easier today in France than in 1983 and 61 percent said that being Muslim is more difficult.

Racist attacks on French Jews increased by 58 percent in 2012 from the previous year to 614, according to the community’s security’s service, SPCJ. Of that figure, 96 attacks were physical assaults.

Approximately 14 percent of the total attacks happened during the 10 days that followed the slaying of four Jews at a Toulouse Jewish school by a Muslim extremist on March 19, 2012.

Seventy percent of respondents said anti-racism bodies and agencies were “not effective” and 86 percent said they were “not interested” in their activities, said the France-based International League Against Racism and Anti-Semitism, or LICRA, which commissioned the survey carried out by the OpinionWay polling firm.

Still, approximately 75 percent of respondents said that racism was “dangerous.”

Being Jewish in France Was Harder Thirty Years Ago, New Survey Shows